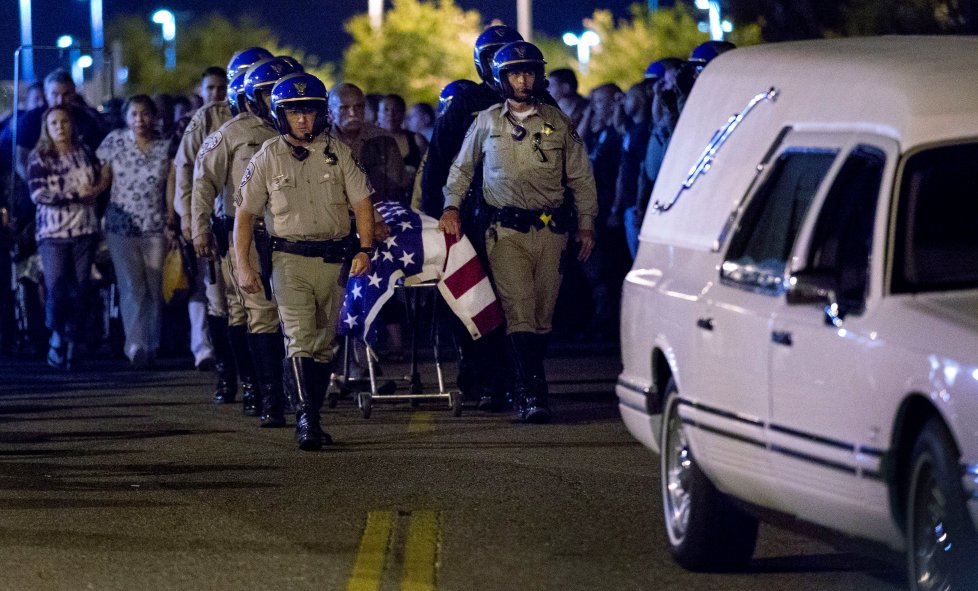 The officer who died was Andre Moye.

“Jennifer and I extend our heartfelt condolences to the family, friends and fellow officers grieving the tragic loss of Officer Moye, who will be remembered for his commitment to serving the Riverside County community and the people of California,” Gov. Gavin Newsom said in a statement.

CHP Assistant Chief Scott Parker said an officer who pulled over a white pickup near a freeway was filling out impound paperwork when the driver pulled a rifle from the truck and began shooting.

At a news conference just past 10 p.m., officials said they had little information to share on the gunman and didn’t know his motive.

“It was a long and horrific gun battle, and it resulted in a very extensive crime scene,” said Riverside Police Chief Sergio Diaz.

At Riverside University Health System Medical Center in Moreno Valley, where at least one CHP officer was taken, dozens of law enforcement officers gathered with some embracing as they talked and grieved. A black and white patrol car was draped in dark plastic sheets — it wasn’t immediately known if that was a vehicle that transported an injured officer from the shooting scene.

At the hospital, officers assembled for a procession to accompany the fallen officer to the coroner’s office. The procession started just after 11 p.m.

There was also heavy security at the hospital, with sheriff’s armored cars parked at either end of the hospital’s emergency entrance. Officials did not immediately explain why security was beefed up there.