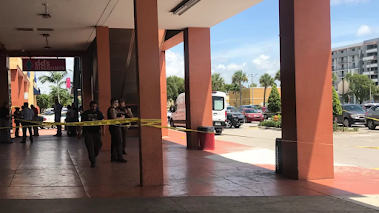 One person is in custody and another is at large as police investigate the robbery of an armored truck Monday in northwest Miami-Dade.

Miami-Dade police officers set up a perimeter around NW 79th Street and 25th Avenue. There were no reports of injuries.

The unmarked armored truck, which is used to pick up money, was parked outside of a business in a shopping plaza when an employee saw two people removing bags of money from the truck and into a black SUV, according to Miami-Dade police.

One of the subjects saw the employee and drove away, police said.

The employee shot at the fleeing vehicle.

Officers took one person into custody and are searching for the other.

Further information was not available.

‹ Man arrested after trying to record underneath woman’s dress at mall › Man kills wife, self while visiting her at TX rehabilitation facility