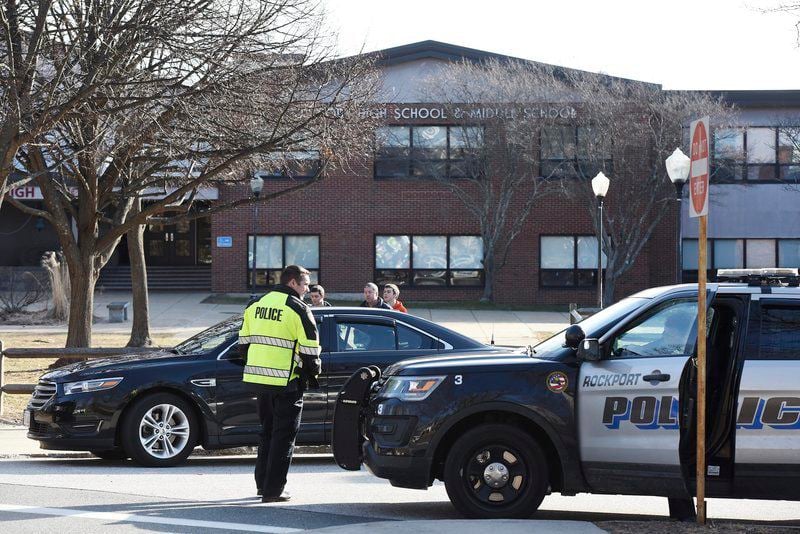 A 13-year-old student at a Massachusetts middle school was arrested on numerous charges after he allegedly stabbed a female student before the start of school Monday.

Police said they were called to Rockport Middle School around 7:30 a.m. for a report of a stabbing. When they arrived, they found a juvenile female student suffering from an apparent stab wound.

The suspect reportedly fled after the incident.

The school was placed on lockdown mode and police began a search, locating the him outside the school a short time later.

Area resident Nathaniel Mulcahy said he may have spotted the suspect in a swamp in his backyard while he was outside with his own children.

“It’s a great hiding place,” Mulcahy said. “Why would you be in the middle of a swamp early in the morning if you’re not trying to hide?”

The victim was taken to a local hospital with serious injuries, but police said she is expected to survive. Police did not release her age.

The suspect, a Rockport resident, was arraigned in Salem Juvenile Court on stabbing-related charges, according to the Essex County District Attorney’s Office. Details weren’t made available, at the direction of Judge Kathryn Phelan-Brown.

The lock-down at the school was lifted at 9 a.m., allowing the school day to continue. School officials said parents were allowed to take their children home early if they wanted.

“We got an announcement from the office saying just, ‘stay in your classroom.’ So we did that,” student Nathaniel Mulcahy recalled.

Marsha Sloane came to the school to get her granddaughter, a sixth-grader, after hearing about the stabbing.

“My granddaughter reached out and said she wants to go home. It’s so frightening. I worked here for 33 years,” she said. “You think you’re safe in school. It’s just heartbreaking.”

“How is it possible that 12, 13-year-olds have to be victims of this? In their young lives to have to be part of violence and aggression at this level between students, it’s just heartbreaking.”

While some parents did go and pick up their kids early, others decided to wait until the end of the day.

“I did check in with them to make sure they were OK. They said they were so I left well enough alone,” parent Amanda Kesterson said.

Investigators returned to the school Monday night — more than 12 hours after the crime — but it’s not clear what they were looking for.

The incident remains under investigation by Rockport police.