16-year-old San Francisco girl arrested on suspicion of stealing more than $16,000 in merchandise 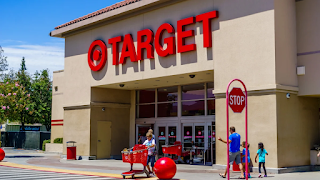 SAN BRUNO CA Dec 29 2021 A 16-year-old San Francisco girl has been arrested on suspicion of stealing more than $16,000 in merchandise from a Target store in San Bruno, authorities said.

On Dec. 16, an employee reported that two suspects had entered the store at 1150 East El Camino Real, placed a large amount of high-end merchandise into their bags and left without paying, San Bruno police Sgt. Kevin McMullan said in a news release Monday.

Following an investigation, both were arrested on suspicion of crimes related to burglary, organized retail theft and conspiracy, McMullan said. The 21-year-old was booked into San Mateo County jail and the 16-year-old was released to a guardian pending a future court date at San Mateo County Juvenile Court.

Anyone with information related to the case can contact the police department at 650-616-7100 or sbpdtipline@sanbruno.ca.gov. Information can be left anonymously.