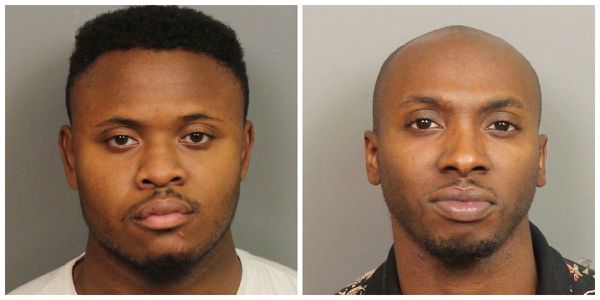 Birmingham Al May 21 2019 Two Fairfield police officers were arrested on sexual assault charges at a Birmingham club over the weekend.

One of the officers was hit with a police stun gun as he tried to flee the scene, authorities said. The officers on Monday were identified as Markeith Williams, 24 and Jonathan Hill, 27.

Both have been with the Fairfield Police Department for only a couple of months.

They were arrested early Saturday at Empire, the old Mike’s Crossroads in the 100 block of Third Avenue North. The incident happened about 3:15 a.m. Details of the alleged assault have not been made public.

According to authorities, an off-duty officer working security at the club was notified that a woman was raped in the bathroom by two males and that one of the men was trying to leave the club. The off-duty officer witnessed Williams and the club manager in a physical struggle.

He was able to detain Williams briefly, but then Williams tried to again leave the scene, authorities said. Williams jumped in his vehicle, despite the officer’s orders that he needed to stay. As Williams attempted to drive away, he was Tased by the officer.

Williams was then placed on the ground and handcuffed. Medics were called to the scene to check him out.

Both Fairfield officers were charged with first-degree sexual abuse. Hill was booked into the Jefferson County Jail at 10:19 p.m. Sunday and released at 1:45 a.m. Monday after posting $15,000 bond.

Fairfield police Chief Nick Dyer said both officers are on leave pending the outcome of the investigation. The department is also conducting an internal investigation.

“The Fairfield Police Department does not condone any criminal or immoral conduct by any employee,” the chief said in a prepared statement.