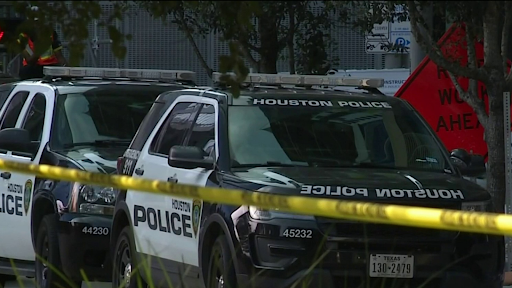 HOUSTON, Texas Sept 9 2021 Two people were shot to death in the lobby of a Marriott hotel in downtown Houston on Tuesday in what police say was a murder-suicide.

It happened at the Marriott Marquis Houston hotel on Walker Street at around 3:33 p.m.

According to an update issued by Houston Police Chief Troy Finner, when officers arrived, they found a woman and a man dead in the lobby.

Finner described the victim as a white female in her late 20s. The suspect was described as a Black male in his late 30s.

He confirmed the shooting was a murder-suicide.

“The gentlemen did come in at some point … shot the female and then immediately shot himself,” said Finner.

The chief said this wasn’t a random shooting and said investigators believe there was some sort of relationship between the two.

“Both of them came in with suitcases,” explained Finner, who said officers have spent the afternoon speaking with hotel management. “They did have conversations that led people to believe they knew each other.”

Investigators say no one else was injured.

One witness told ABC13 several people had to run out of the lobby and said he was on the phone with his brother when he heard gunshots.

“The phone actually cut off immediately so the first thing I did was call him right back,” he said. “When I got in touch with him, he said [guests] were actually running out of a back door and were outside.”

The hotel is a popular getaway spot known for its rooftop Texas-shaped pool.