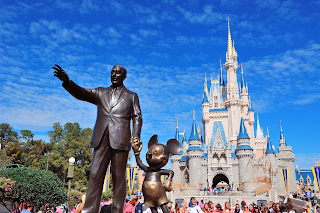 TAMPA, Fla July 11 2022 Three former Disney employees are suing the company over masking and vaccine requirements for COVID-19, saying they were fired over lack of compliance.

The three plaintiffs, residents of Florida, say their religious liberty was violated by the termination and requirements enforced by Disney.

The employees — Barbara Andreas, Stephen J. Cribb and Adam Pajer — are suing the Walt Disney Company and Disney Parks, Experience and Products, Inc., saying that while “Disney has brought wonder and magic into the lives and homes of millions,” the company had “cast itself as the villain” and “a shadow has come over Disney” during the COVID-19 pandemic.

According to the lawsuit filed by the plaintiffs, Disney policies during COVID-19 “targeted cast members who declined COVID-19 vaccinations,” despite their filing of exemptions based on religious grounds. The plaintiffs said “taking these injections would violate their deeply-held convictions.”

The lawsuit’s filed complaint includes some facts about how Disney operated after reopening during the pandemic. Initially, when the national state of emergency was announced, Disney closed its parks on March 15, 2020.

The plaintiffs said Disney reopened four months later and had “safety protocols for COVID-19” in place. Those precautions included “use of double face masks” and social distancing for cast members and guests. Some cast used face shields and goggles as well, dependent on “proximity to guests.”

The plaintiffs said Disney “announced to its entire U.S. cast a vaccinate or terminate COVID-19 vaccination policy” on July 30, 2021. Employees were given a Sept. 30, 2021 deadline to prove their full vaccination status, as a “condition of continued employment.”

At first, that policy only applied to non-union members due to collective bargaining negotiations. Later, Disney adjusted its position to require all employees to be fully vaccinated, following negotiation with multiple staff unions, according to the lawsuit filings.

When Gov. Ron DeSantis signed a law on Nov. 18, 2021 that banned vaccine requirements, the company’s policies were updated to “pause the enforcement” for its Florida cast members. The plaintiffs allege that despite their employment records — all of them worked for Disney for minimum seven years or longer — they were terminated for choosing not to wear masks or be fully vaccinated against COVID-19.

The three plaintiffs’ filing says they each reported the company to the Florida Attorney General’s Office for violating state law against vaccine mandates before their terminations. They are suing over violation of Florida’s whistleblower protections, saying their firings were retaliation.

The plaintiffs said in the lawsuit file that they are seeking damages for lost wages, employee benefits and attorney’s fees and are requesting a jury trial. The lawsuit was filed on June 29.