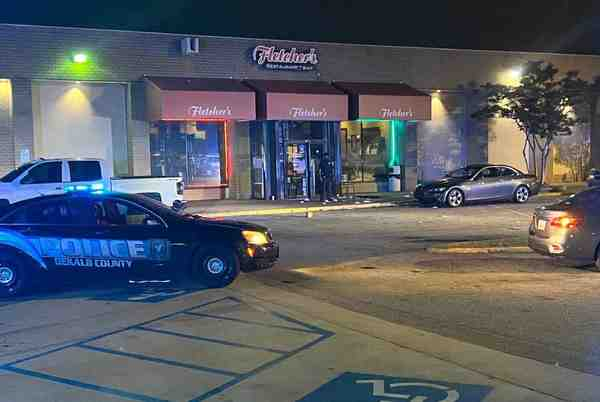 DeKalb County police said around 11:21 p.m. officers were called out to Fletcher’s Place at The Gallery at South DeKalb Mall.

Officers found three men, all in their 30s, with gunshot wounds, police said.

All three were rushed to a hospital. Their conditions ranged from serious to critical conditions.

Police were searching for a suspect as of midnight.

Investigators are expected to be on the scene well into the morning collecting evidence, talking to witnesses, and reviewing surveillance video.

The names of the victims have not been released.

A motive behind the shooting is still under investigation.