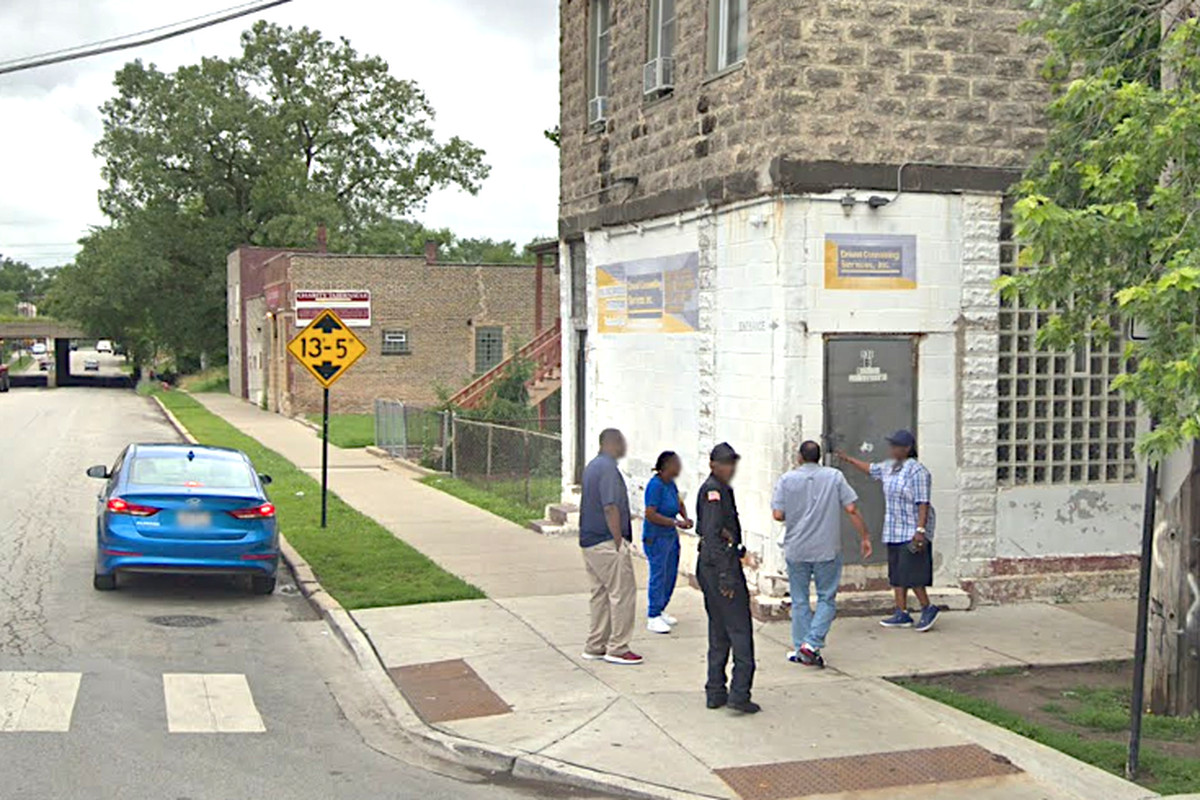 Chicago IL July 31 2019 Three people were shot Tuesday after someone opened fire outside a South Side methadone clinic and a security guard returned fire.

Employees were standing outside the building about 9:45 a.m. in the 900 block of East 93rd Street in Burnside when a vehicle pulled up and a passenger got out and fired shots at the staff, Chicago police said.

A security guard fired shots back at two men, hitting them both, police said.

A 58-year-old male bystander was shot in the shoulder and was taken in good condition to Trinity Hospital.

The two men shot by security fled in the vehicle but were arrested near the 8200 block of Cottage Grove, police said. They were treated for gunshot wounds at a hospital.

A police source said the shooting happened outside a methadone clinic on the block.

An employee reached by phone at Drexel Counseling Inc., which offers methadone treatment on the block, declined to speak about the shooting.