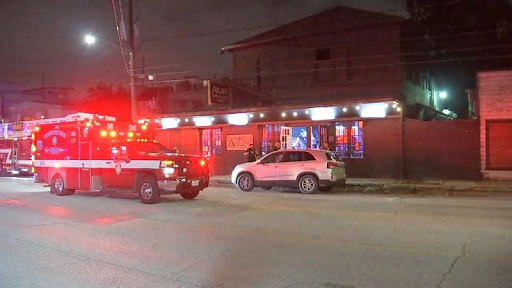 Investigators said the shooter fired a rifle around 1:45 a.m. outside the Azuza Hookah Bar and Lounge.

Police said they are all expected to recover from their injuries.

According to investigators, a security guard at the bar had denied access to three men. It is believed, in retaliation, they returned to the club and shot at the location, striking the victims. The men were inside a black sedan, police said.

Anyone with information on this shooting is urged to contact the HPD Major Assaults and Family Violence Division at 713-308-8800 or Crime Stoppers at 713-222-TIPS.