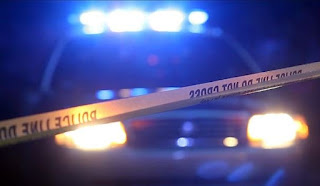 CHARLOTTE NC June 28 2017
With the death of two more security officers this week, we have now seen the violence against private security and private law enforcement reach a three year high.
As of today, sixty security and private police officers have been killed in the line of duty in 2017.
If this rate of death continues during the remainder of the year, we will easily cross over the one hundred death mark and even enter into higher counts.

Bo Matthew Hopson, 32, a security officer in Eudora KS. was shot to death Saturday evening while escorting a disorderly person off the premises. The man pulled a firearm from his pocket and shot the security officer several times in the torso.
Danny W. Queen, 36, has been charged with murder.

Another security officer suffered a heart attack on Monday while restraining a person who refused to leave a grocery store in San Francisco CA. The officer died before an ambulance could get him to the hospital.

The majority of deaths so far this year have been from gunshot wounds and stabbings but for the first time since we began keeping records in 2004, the number of heart attacks during confrontations and attempts to detain a suspect, has begun to rise.
Each year 3-6 security officers die from on duty heart attacks but this year that number has already reached ten.
The same is true for on-duty vehicle accidents. For the first time in thirteen years, we have seen more security officers killed or critically injured this year than in any other.

As security officers are more mobile and more proactive, these deaths, as we have seen with the deaths of law enforcement, will exponentially increase.
Security officers once confined to guard shacks and access control type duties are now active and on patrol, engaging with the public more and proactively stopping suspicious persons and those involved in criminal activity.
Vehicle patrols and response to alarms and calls for assistance are part of the business model of many private contract security firms and proprietary departments often use bicycles and mobile patrols to provide visible security presence and to cover more area, respond to calls for service and be more efficient.

These factors and the physical conditions and older age of our personnel will continue to be contributing factors in the increase of on-duty deaths.