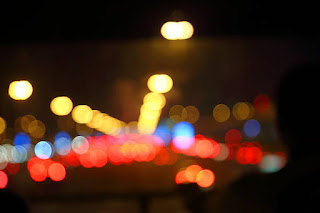 Guns and gun violence have become an everyday part of the private security business of protecting life and property.

All that one must do is to look at their local news or read the security news blog published by Private Officer International to see how violence has increasingly threatened, injured and killed those hired to protect others.

This past week is a prime example of that.

5 private security officers were murdered, two with their own firearms.

Darrell Holderman, 78, a Marine veteran, was overpowered and his firearm taken by an inmate that he was guarding. The inmate shot and killed Holderman before committing suicide.

Robert Scott Meeks, 59, a seasoned veteran of the security service, was also disarmed and killed by a shoplifter at a large discount liquor warehouse in Nashville on June 2nd.

And two other security officers who were off-duty were gunned down in cold blood, including a TSA officer.
Both victims were targeted, ambushed and murdered in what police in New York and New Jersey are now calling a “hit”.

Donovan Davy, 45, a TSA explosives officer at the Kennedy Airport for the past 17 years, was walking to his mother’s home for lunch when someone snuck up from behind him and shot him dead in the street.

The latest shooting occurred in Oklahoma City where a security officer working at a Travelers Inn motel, shot a man near I-40 and MacArthur Blvd. Police say that they are investigating the incident.

And guns are increasingly being used against security officers as well.
A security officer in Detroit was pistol-whipped and robbed and in Nashville, a security guard was robbed by four persons at gunpoint while servicing an ATM at a bank.
A security officer at the Marina Del Rey late Saturday night was standing outside a restaurant with several customers when three scooters stormed by shooting indiscriminately and the security officer had to return fire.

While news headlines continue to reflect the increased national violence, rise in murders and violent crimes that have stormed their way into big cities and small towns, they’ve left out the part about the toll that it’s taking on the lives of those who go to work every day to be the difference.
The protectors, public and private, that are critically injured and killed daily, all because of the uniform that they wear and the job that they do.