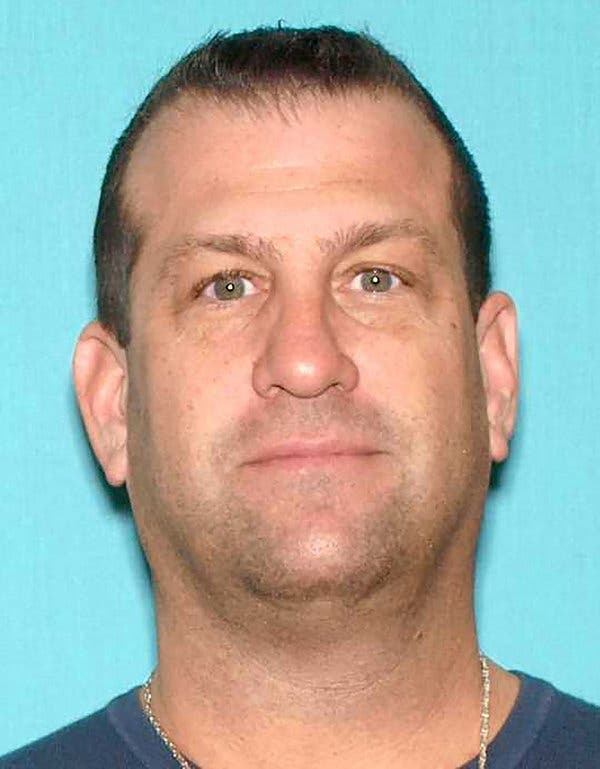 A New Jersey man was charged with making a terroristic threat after he intentionally coughed near a supermarket employee and told her he had the coronavirus, the authorities said on the same day that the Justice Department warned of similar threats to spread the virus.

The man, George Falcone, 50, of Freehold, N.J., was shopping for groceries at a Wegmans store in Manalapan, N.J., on Sunday evening when a worker asked him to move away from her and a food display because he was too close, the state attorney general, Gurbir S. Grewal, said on Tuesday.

The authorities said that Mr. Falcone leaned in close to the worker to cough and allegedly laughed, telling her that he was infected with the virus. Mr. Falcone later told two other store employees that they were lucky to have jobs, officials said.

Mr. Falcone was charged with making a terroristic threat in the third degree and fourth-degree of obstructing administration of law, Mr. Grewal said. Both charges are considered felonies in New Jersey.

The second charge stemmed from Mr. Falcone’s refusal to provide his name and driver’s license for 40 minutes to a police detective who had been part of a security detail at the supermarket, the authorities said. Mr. Falcone was also charged with harassment, they said. The authorities did not say whether Mr. Falcone actually has the virus.

“These are extremely difficult times in which all of us are called upon to be considerate of each other — not to engage in intimidation and spread fear, as alleged in this case,” Mr. Grewal said in a statement.

Mr. Falcone would face up to seven years in prison and a fine of up to $26,000 if convicted on all charges, the state attorney general said.

A lawyer for Mr. Falcone did not immediately respond to a request for comment on Wednesday. In a Facebook message to Reuters, Mr. Falcone denied making the threat.

On Tuesday, the same day that charges against Mr. Falcone were announced, the deputy U.S. attorney general, Jeffrey A. Rosen, sent a memo to law enforcement heads and federal prosecutors warning them to be on the lookout for threats to spread the coronavirus.

“You may encounter criminal activity ranging from malicious hoaxes to threats targeting specific individuals or the general public, to the purposeful exposure and infection of others with Covid-19,” Mr. Rosen wrote, using the name for the disease caused by the virus.

Sign up to receive our daily Coronavirus Briefing, an informed guide with the latest developments and expert advice.

The memo said that such acts could potentially be prosecuted under federal terrorism laws because the virus was considered a “biological agent.”

Mr. Falcone was not the first person to threaten to spread the virus in New Jersey, where there had been a reported 62 deaths during the outbreak as of Wednesday.

Gov. Philip D. Murphy on Wednesday said that a man in New Providence, N.J., whom he called “another knucklehead,” started to cough at the police and medical personnel during his arrest on a domestic violence charge. The man was also charged with disorderly conduct and harassment, Mr. Murphy said.

On March 12 in Hanover, N.J., local police said a woman, who was arrested on charges of driving under the influence, purposely coughed on an officer and said, “Oh, by the way, I have the coronavirus and so do you now.” Three officers who came in contact with the woman self-quarantined, the police said. The woman, who did not have the coronavirus, was also charged with causing a false public alarm, the authorities said.

Mr. Falcone was charged by summons and was not taken into custody. He waived his first appearance in Monmouth County Court. His next court date has not been set.

Mr. Grewal said there was no tolerance for those who threatened to spread the virus.

“We must do everything we can to deter this type of conduct and any similar conduct that harms others during this emergency,” he said. “Just as we are cracking down on bias offenses and those who use the pandemic to fuel hatred and prejudice, we vow to respond swiftly and strongly whenever someone commits a criminal offense that uses the coronavirus to generate panic or discord.”

Three security officers this week died from the Coronavirus