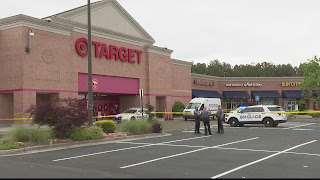 Gwinnett County Police responded to a shooting Saturday afternoon at the target store and found one man shot.
The store located at 875 Lawrenceville Suwannee Rd was closed shortly after the 1:30 p.m. shooting.

The investigation revealed that the two men knew each other and got into an altercation inside the store with one of the men pulling out a gun and firing at the other.

The victim was shot in the arm, police said and is expected to survive. Authorities added he’s currently stable at the hospital.

Police took the shooter into custody but have not identified either man.