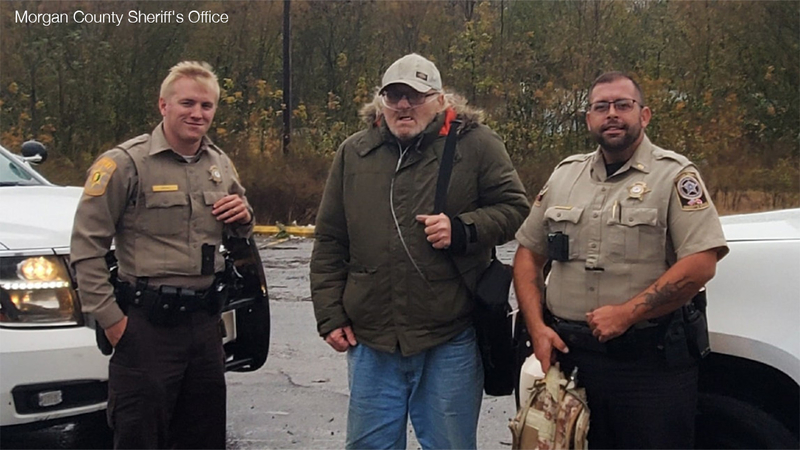 WALKER COUNTY, Alabama November 12 2019— In the days before Veterans Day, police and strangers teamed up to help a disabled veteran in need.

Police in Walker County, Alabama received a call Wednesday about a man walking on the side of the road.

The man, Gerald Baldwin from Cordova, told police that he was walking to his doctor’s appointment — 100 miles away in Huntsville — because his car was out of commission.

The deputy noticed that Baldwin, a disabled veteran, was carrying an oxygen tank and asked why he was headed to see a doctor.

From there, authorities in three counties and good Samaritans teamed up to get the Gulf War veteran to his destination safely.

“I’ve never spent too much time in the back of a cruiser. I really didn’t belong there. I was grateful, really grateful,” Baldwin said.

The story of this act of kindness spread on social media and reached Lance Baldwin, Gerald’s estranged son. They had gone five years without speaking, and just this week, they reconnected.

“It was really good to hear from him … I want to make amends for things in the past that stopped us from communicating,” Lance Baldwin said.

1 in 3 security officers has experienced abuse, with verbal abuse the most common: Survey