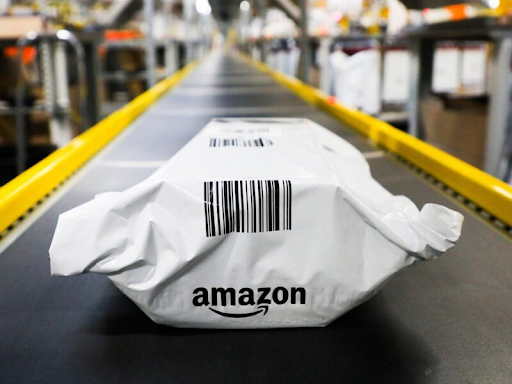 An Amazon shopper who for five years bought expensive items – including a top-of-the-line iMac Pro – and then mailed cheaper items as returns faces up to 20 years in prison for wire fraud, prosecutors said.

The Department of Justice also issued a statement on Tuesday that said Hamrick faces a maximum sentence of 20 years in prison and a $250,000 fine.

Hamrick’s public defender did not immediately respond to Insider’s request for comment.

US attorneys filed charges against Hamrick in September, saying he’d engaged in about 300 fraudulent transactions with Amazon. That included about 270 product returns – some 250 of which were “materially different in value” – that amounted to more than $290,000 in total fraud, said the charging document and another that detailed several transactions as part of Hamrick’s plea agreement.

In August 2019, for example, Hamrick ordered an Apple iMac Pro for $4,256.85, the US attorneys said. After about two weeks, Hamrick started the return process with Amazon, which then issued a refund.

“Instead of returning the high-end iMac Pro, Hamrick returned a much older, less valuable non-Pro model with a completely different serial number,” said a court document filed by Maria K. Vento, an assistant US attorney.

A week before Hamrick initiated his Amazon return, he sold an iMac Pro on eBay, Vento said.

Prosecutors said the items Hamrick ordered included a Jura GIGA W3 Professional coffee machine for $3,536.46; an Asus ROG Zephyrus gaming laptop for $2,776.52; and a Fuji Spray system for $1,227.31. Each time, he returned a lower-value item or older model, prosecutors said.

An Amazon spokesperson told Insider that the tech giant discovered the alleged fraud and referred the case to law enforcement. It worked with the FBI and the US attorney’s office in North Carolina.

“Amazon has systems in place to detect suspicious behavior, and teams in place to investigate and stop prohibited activity,” the spokesperson said. “There is no place for fraud at Amazon, and we will continue to pursue all measures to hold bad actors accountable.”

Health Care Fraud Operation Results in Charges of Over $1.4B in Losses