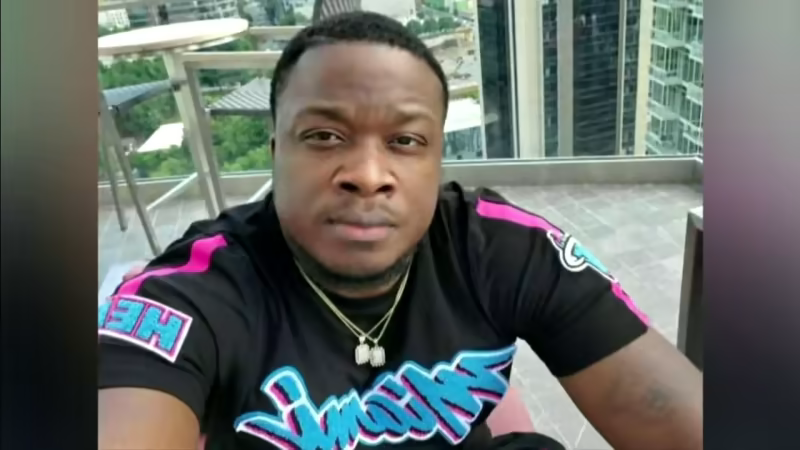 FORT LAUDERDALE, Fla. May 11, 2022– Authorities have arrested a man accused of a deadly hit-and-run crash that happened more than a year ago.

The crash killed Stephan Maze, who worked for the Miami Heat as a security guard and was on his way to work when the tragic collision happened.

His mother, Kesta Nelson, said she was thrilled to receive the call that she had been waiting on for more than a year.

Detectives arrested Brandon Hunter, who is now facing charges of vehicular homicide and leaving the scene of a crash.

Maze was hit on March 9 of last year while leaving his home in Miami Gardens, headed to his security job that night at what was then called American Airlines Arena.

Police said Hunter crashed into him off North Miami Avenue and quickly left the scene.

Over the year that followed, Nelson has regularly passed out fliers and kept up the lawn at the crash site.

The arrest comes as a small victory for a mother still in mourning.

“The last talk we had he said, ‘Mom, so far we’ve been through a lot, but we made it. I got my own car, I got a good job. I work in Miami Heat that I love so much,’” Nelson said.

The Miami heat paid tribute to Maze and helped get word out as police searched for Hunter.

Sunrise police stopped him in Broward County, and he’ll be transferred back to Miami-Dade to face the family and the charges after being on the run for more than a year.