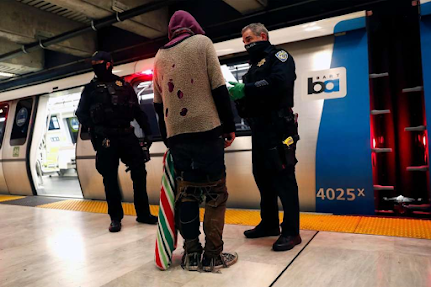 They are not replacing the police positions in this process; they just are not hiring additional police officers.

The plan, which will be presented to the board on Thursday and doesn’t require a vote to move forward, follows national upheaval over policing and internal discussion over the past seven months about how BART should deal with social problems.

“This bureau of progressive policing is super important in this time in our law enforcement history,” said Deputy Police Chief Angela Averiett, who is running the new bureau. “It really complements our officers to support them in the work that they’ve been doing. I have heard from a lot of people that homelessness never should have fallen on the shoulders of police officers, and I happen to agree with that.

However, some people have expressed concerns over jeopardizing safety for the riders and staff at BART.

‹ States Are Shutting Down Prisons as Guards are Crippled By Covid-19 › Orlando man charged with attempted murder of police, assaulting club security