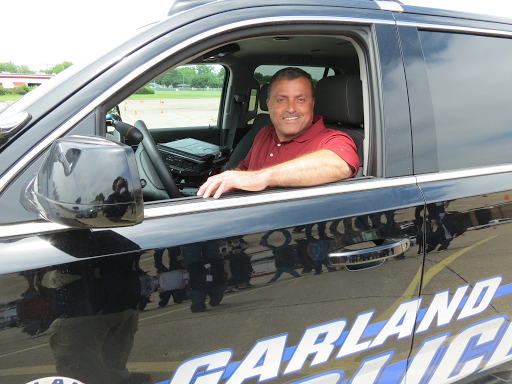 Garland TX January 8 2021 A North Texas police department is mourning the loss of a beloved school security guard, deeply involved in building a strong relationship between police and the Muslim community.

Despite being a healthy, former bodybuilder, Ihab Muhanna was hit hard by COVID-19.

“He fainted for a bit and had trouble breathing. That’s why we hospitalized him on Thursday,” said son Tariq Muhanna.

His condition improved but then suddenly worsened late Saturday, into Sunday morning.

His wife and four young sons were unable to say goodbye.

“He went into cardiac arrest,” said Tariq. “His heart was really weak and stressed.”

Muhanna’s funeral was held Monday. Friends and family gathered and shared stories his son had never heard before.

He is being remembered for his service to others.

Muhanna was an armed security guard at a private school in North Garland.

“He was the first one there and the last one to leave, made sure the school was properly protected,” he said.

“Ihab. He was family to us,” said Lt. Pedro Barineau of the Garland Police Department.

“[Muhanna] raised money so that our honor guard officers could have new uniforms,” said Barineau. “He also raised money for our bike unit so they can have new bikes when they’re out patrolling the streets.”

Tariq is urging vigilance for anyone who contracts the virus that has claimed the lives of nearly 28,000 Texans.

‹ Taunton MASS. police officer dies of Covid-19 › States Are Shutting Down Prisons as Guards are Crippled By Covid-19