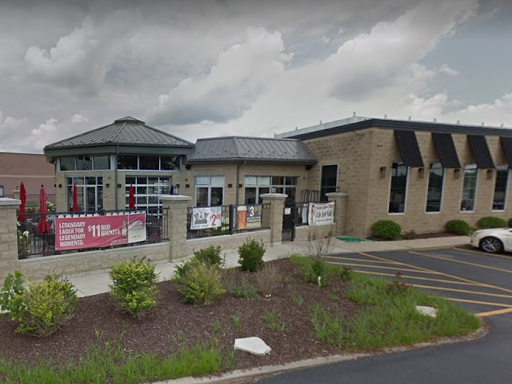 JOLIET, IL Feb 12 2021— A 37-year-old bouncer at Anthony’s Pub and Restaurant was the victim of the Dec. 13 shooting on Interstate 55. Two young men thrown out of the Joliet bar that night waited in a nearby parking lot to follow the bouncer, and they shot him in his truck between Joliet and Shorewood, according to a new civil forfeiture complaint.

The staff of Will County State’s Attorney Jim Glasgow has asked a judge to declare the 2017 Chevrolet Malibu to be a forfeited asset for police.

The car is owned by 26-year-old Joliet resident, Bryson Lee Carter, who remains in the Will County Jail on a $500,000 bail, in connection with the non-fatal shooting.

Carter has implicated two others in connection with the bouncer’s shooting, court records show. As of Monday, Carter remains the only person charged in the shooting.

Because the crime happened on I-55, the Illinois State Police, not the Joliet Police Department, is spearheading the investigation.

At 2:35 a.m. Illinois State Police learned of a shooting along Interstate 55 in the southbound lanes of Joliet. The shooting victim called 911. He was shot in his left arm and suffered a gunshot wound to his back.

At St. Joe’s hospital, the victim told police he worked at Anthony’s Pub as a bouncer. That Saturday night, two men were thrown out of the bar after fighting with the bouncers. When the bar closed, the bouncer returned to his pickup truck and left the parking lot.

He noticed a car parked across the street that began to follow him. The bouncer described the car as light, perhaps silver, with LED headlights.

The car followed his truck along Voyager Lane, to Route 30 and then southbound along I-55, remaining at a distance.

At one point, the bouncer slowed his truck, hoping the silver car would pass him on I-55. Instead, the car pulled right along next to him and someone opened fire, striking him twice.

The silver car got off at the Route 52 exit, turning left toward West Jefferson Street in Joliet.

Illinois State Police learned that the ID cards of all Anthony’s Pub patrons are scanned when they enter. Carter and one of his acquaintances were involved in the fight, the forfeiture complaint states.

Bryson Carter has implicated himself as being the driver in an I-55 shooting of an Anthony’s Pub bouncer in December. Mugshot via Will County Jail

Carter was brought to the Illinois State Police District 5 headquarters for questioning. Carter told police he was driving his 2017 Chevy Malibu at the time of the shooting, the forfeiture states. Carter told police the name of his front-seat passenger and he identified a 26-year-old Crest Hill man who lives on Pioneer Road as his backseat passenger, court records show.

Carter told state police that his front seat passenger told him to follow the bouncer’s pickup and as Carter pulled up next to the truck on I-55, the back seat passenger “rolled down his window and fired multiple shots into (the victim’s) pickup truck,” the forfeiture states.

Now, the Will County State’s Attorney’s Office wants Carter’s Chevy Malibu sold at a public auction, destroyed or delivered to a police agency.

A hearing on the civil forfeiture complaint is set for March 10.

As of Monday, the 26-year-old Crest Hill resident identified by Carter as the I-55 shooter has not been charged by Glasgow’s office in the case.

‹ Man who assaulted security officer with machete sentenced to 30 days in jail › Man shot, killed after altercation with bail bondsman