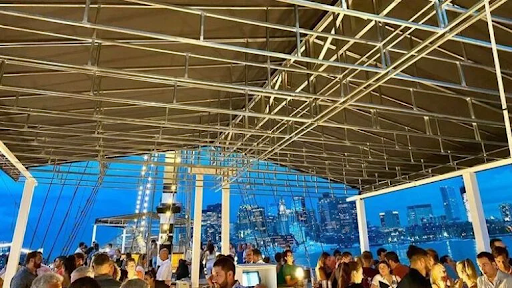 A pair of bouncers working at The Tall Ship bar in East Boston is facing charges that they allegedly assaulted a group of nurses after asking one of them to leave Monday night.

The bouncers, Mario Reyes, 28, of Chelsea, and David Ortega, 38, of Tewksbury, were each charged with assault and battery with a dangerous weapon, shod foot, according to WCVB. Reyes was held on $250 bail due to an outstanding warrant. Ortega, meanwhile, was released on his own recognizance.

One of the victims, who works at Brigham and Women’s Faulkner Hospital and wished to remain anonymous, told the news station that she tripped over a mat and was told she was drunk, and needed to leave.
She and her colleagues left the bar, and she said she thinks security there may have not understood what she and others were saying.
Security then began chasing the group, saying that they were telling others not to go into the bar.

One of the bouncers allegedly kicked a colleague’s legs from under her, and the altercation began.

“Somebody just sucker-punched me in the jaw, which made me fall to the ground, and then they kicked my legs,” she said, according to WCVB. “Both of my knees are completely scraped up. My jaw and cheekbone are very sore after being punched.”

A male colleague has a concussion and was out of work as of Tuesday night, the station reported.

A representative for The Tall Ship said the group was asked to leave due to unwanted behavior, and that there’s video of one in the group “attacking” security.

“We have video evidence that supports these events that we have turned over to the police and we are working with them in their investigation,” the bar said in a statement, as reported by the news station.