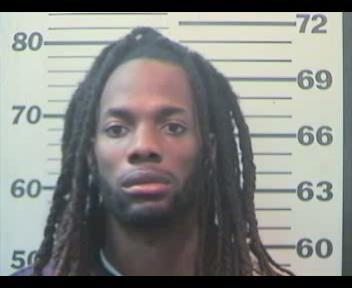 MOBILE, Ala. April 24 2021 Jonah Tamoni Dewayan Bessard went to work on Jan. 5 as a Brink’s armored truck driver, stopped at a gas station on his route and then got held up at gunpoint by two men.

Only, it was a ruse, Bessard admitted Thursday.

Bessard, 25, pleaded guilty to bank theft. He admitted that he set up the robbery, which netted nearly $500,000.

According to a written plea agreement, Bessard loaded his vehicle with cash belonging to New Horizon Credit Union, but contrary to company policy, he separated the bags with the largest-denomination bills from the other bags and placed those inside of the secondary passenger compartment.

Bessard then stopped for gas at Doug’s Quick Mart on Higgins Road and went inside to buy a cup of coffee. On his way back to the armored vehicle, according to the plea agreement, he feigned being the victim of a holdup.

Two men who planned the robbery with Bessard rushed at him, opened the vehicle and threw him to the ground, the plea document states. One man held him at gunpoint, while the other grabbed the money bags that Bessard had placed on the floor of the passenger compartment of the vehicle.

Both men then got back in the sliver Infinity G35 they had come in and drove away. According to the plea agreement, Bessard drew his gun, pointed it in the direction of the getaway car and fired one shot in that general direction.

Three days after the robbery, law enforcement obtained a warrant to search a storage unit registered to Bessard and found $120,470. Court records indicate that the Jan. 5 robbery totaled $489,000. In addition, Bessard admitted, he stole another $134,700 since beginning his job with Brink’s.

Bessard also faces charges in Mobile County Circuit Court, along with girlfriend Sierra Overton and brother Isaiah Campbell. Those charges have been sent to a grand jury for possible indictment.