ALBANY, N.Y. Feb 14 2020 The Federal Government passed the Jeanne Clery Act in 1990. The law requires all colleges and universities to submit on-campus crime reports. The law also clearly defines parameters for crimes in order to create a standardized reporting method.

Information for college/universities nationwide are also available on the U.S. Department of Education website. That site allows users to look at trends within multiple states.

In New York, the most reported crime at colleges/universities in 2018 was burglary (664 incidents) followed by rape (558 incidents). It’s a trend seen across America. Burglary was the number one most reported college/university crime and rape the second. In 2018, there were 10,715 incidents of burglary and 7,495 reported rapes.

Below are New York, Massachusetts and Vermont’s college/university 2018 reported crimes compared to the rest of the nation. 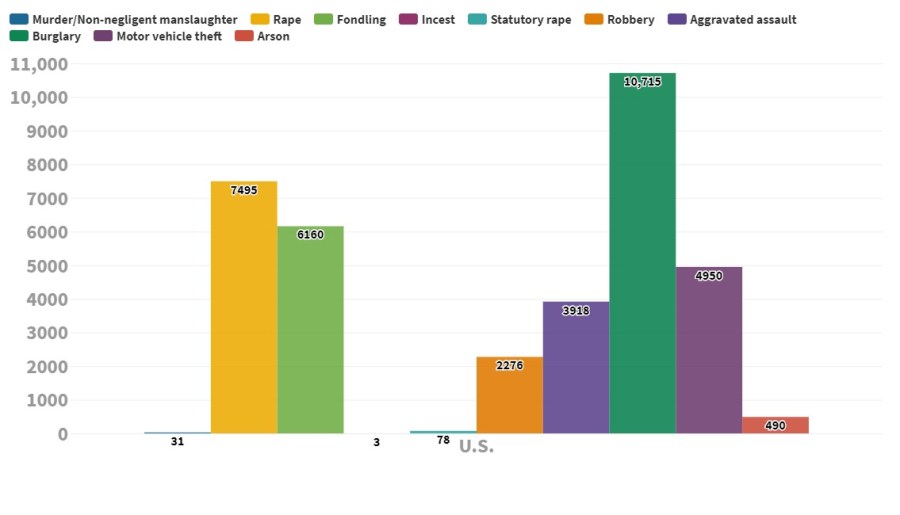 ‹ Two dead after gunfight inside Walmart in Mobile; both identified › Stolen luggage set on fire destroys 9/11 memorial at Seattle airport