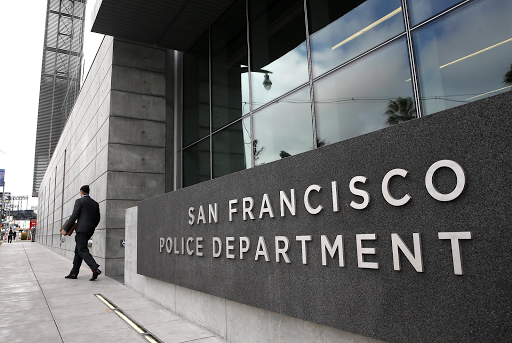 SAN FRANCISCO  CA Dec 3 2020— The president of San Francisco’s police union has signed a letter of intent with the city that clears the way for non-sworn service providers — instead of police officers — to respond to calls involving mental health, homelessness and other non-violent issues.

“Currently, police officers are the initial responders and primary resource on certain calls for service that may be better suited to mental health or non-law enforcement professionals,” the letter stated.

POA President Tony Montoya said San Francisco officers spend a “significant” amount of time on these types of calls, the bulk of which are dedicated to homelessness issues.

“It’s going to free up more officers to do what traditionally police officers should be doing,” Montoya said, highlighting duties like community engagement and preventing and tending to violent crimes.

“The reality is our staffing is not getting any better,” he said. “This will be a better use of the limited resources we have.”

The “collaboration agreement” came just days before the Board of Supervisors on Tuesday voted to extend police officers’ labor contract for two years, a move that will save the city millions during the coronavirus crisis. The action delays the force’s upcoming raises in exchange for future, steeper pay bumps, but it drew criticism by some who wanted to use negotiations to help impose reforms amid nationwide unrest over police killings of Black people.

The agreement passed 9-2, with supervisors Hillary Ronen and Dean Preston opposed. Ronen has argued that the city has not negotiated hard enough with the police union for reforms, and she is pushing to make bargaining more transparent.

Rocky Lucia, labor attorney for the San Francisco Police Officers Association, said the letter of intent has been in the works for months, and is intended as a proactive gesture that will allow the city to enact the type of police reforms laid out by Mayor London Breed.

Central to this vision was a push to divert sworn officers away from noncriminal activities, and replace them with unarmed professionals better trained to handle situations like behavioral health crises.

The plan still lacks infrastructure, Lucia said, “but we wanted everyone in the world to know, including the department and the city, we’re in favor of it.”

Rebecca Young, as co-chair of the racial justice committee of the public defender’s office, said she doesn’t consider diverting certain calls for service a concession from the police union.

“It just is mind-boggling that the social upheaval, the multiple calls for police reform and the promises made by the mayor for police reform, did not bring about a different (memorandum of understanding) with the POA,” she said.

The agreement is not officially part of the police contract, said Mawuli Tugbenyoh, chief of policy for the city’s department of human resources.

Rather, it is a statement that signals the police union is amenable to such policy changes without rewriting their contracts.

Essentially, Tugbenyoh said, the city can set policies for police, but if it’s outside of the contract negotiating period, they’re required to get certain types of approvals from the union.

Young, who has criticized the contract negotiations between the police unions and the city’s HR department, said the police union gave up no power by passing up the types of service calls on their list.

“The police don’t want to answer those types of service calls,” she said. “Have you ever seen police respond to dangerous dog calls?”

Young said she would have hoped police unions would have instead waived their “meet and confer” meetings that she said have held up implementing many of the 272 reform goals recommended by the U.S. Department of Justice.