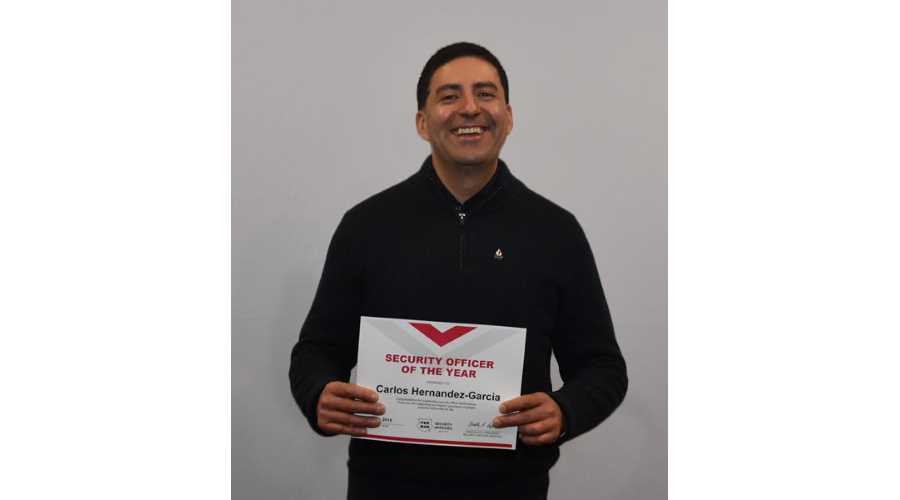 On April 14, 2019, Security Officer Hernandez-Garcia was notified of a vehicle in the parking lot with an unresponsive female in the front seat. He attempted to get the woman’s attention but was unable to do so, so he immediately called the police and EMS to assist.
The police were able to get the woman to respond, and EMS took her to a local hospital. After police searched the car, they found what appeared to be several prescriptions that the subject had taken.
Due to Security Officer Hernandez-Garcia’s quick, professional response to the situation, the woman is expected to make a full recovery.

Brad Duffy, president of the Security Officer Division, presented the award to Security Officer Hernandez-Garcia saying, “Carlos is a wonderful representation of the important work security officers perform. I’m proud to say he works for Per Mar and helped save a life.”