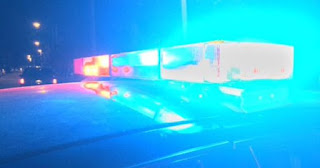 Carson City NV May 30 2018 A 25-year-old Carson City woman, Amanda Lynn Conway, was arrested Sunday, 10:49 p.m. in the 500 block of North Carson Street for a felony parole and probation hold.

Also arrested was a 35-year-old man for suspicion of battery and a failure to appear warrant, both misdemeanors.

According to the arrest report, officers were called to a casino restaurant where two people had been identified as skipping out on their $19.88 food bill Friday. Conway was detained where officers learned of a felony warrant for her arrest.

Deputies arrived and saw the man had also been detained. They learned the male suspect allegedly pushed a casino security officer to the ground before being detained. The deputy observed the security officer had a small laceration on his left hand, ripped pants and small lacerations on both knees. Conway is being held without bail in lieu of a hearing. Bail for the 35-year-old man: $2,012.