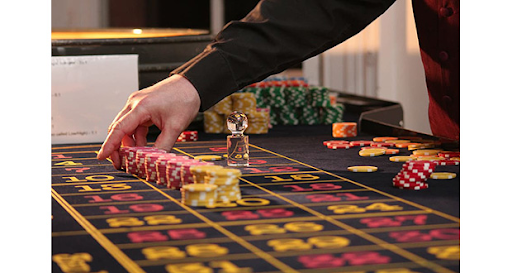 DPA microphones are playing a critical role in a casino security system in the heart of Brussels in Belgium installed by security equipment specialist Sabelco.

Sabelco was tasked with installing 400 cameras, along with nearly 60 microphones, as it upgraded the existing security network from an analogue to an IP-based digital system at the full-service casino which has 375 slot machines, 39 gaming tables and a World Poker Tour room for 100 players.

While recording audio is generally not allowed with a CCTV system, casinos serve as the exception. In fact, audio is mandatory in Belgium for spaces above casino tables with cards, money and chips – such as Blackjack, Roulette, Craps and Poker, which are monitored 24/7.

This is because it’s important for the casinos to examine every transaction between dealer and player, to ensure no one is cheating the casino. Therefore, it is vital to be able to recall the sound.

At most casinos around the world, security audio is recorded at table level as the microphone is usually built into the table itself. “The biggest issue with that solution is that all the chips moving on the table present a lot of noise in the recording,” explained Sabelco managing director Sebastian Boeynaems. “You hear a lot of background instead of the players and dealers, who are typically situated about a metre above that microphone.”

With the plan to execute the microphones in tandem with the cameras, for one secure feedback to the security office, the Sabelco team needed to position the tech above the tables. “This plan meant that we would have to install a microphone overhead, six metres from the floor, which can be even more challenging.” To maintain the aesthetic standards of the casino, it was also very important to not have traditional large CCTV domes on the ceiling. Additionally, since Sabelco was building off the casino’s Ethernet cabling for the new system, they would not be able to utilise cables previously used for the microphones.

Boeynaems and the team opted to flush-mount the cameras into the ceiling, with only the optic bubble sticking out just below the ceiling level. Following a recommendation from Steve Haesevoets, DPA specialist at distributor Amptec, microphones were connected directly to the cameras and were mounted below the ceiling line. “In the end, we supplied a total solution that Sabelco could immediately integrate,” added Haesevoets.

With a high level of speech intelligibility, DPA Microphones 4098 Gooseneck mics have long been a popular choice in an array of installation applications. With CORE by DPA technology, the dynamic range of the 4098 goes to 133 dB, with only one-percent total harmonic distortion. The mics are capable of handling extremely high SPL before clipping, which delivers high speech intelligibility even with fluctuations in a speaker’s tonal quality.

Owing to very low noise and high sensitivity, the 4098 CORE Supercardioids are designed to provide the most clear, transparent and natural sound available on the miniature microphone market. This has proven especially important in situations where split-second decisions are made from spoken rooms. No matter the location, the microphones also offer trouble-free installation, and sound great no matter how challenging the environment.

Though the mics were black, Boeynaems and team “painted some because sometimes the ceiling was gold or grey, and other times it was black. This way, we could really mount the microphones in a nice way to keep with the design of the casino. Since we could not mount the microphone inside the ceiling, we are also very happy that it is so tiny.” Due to varying ceiling heights, in some cases, the team had to use a longer gooseneck to get the microphone to an ideal distance from the table.

“Once we got into the testing stage, we were very happy with the quality of the DPA mics,” said Boeynaems. “We found them to be most accurate in combination with our digital camera, and it’s a really good solution overall. We don’t have all the noise and movement that was being picked up with the prior solution and position. The directionality of DPA makes it possible to focus audio capture only on the gameplay of that particular space. We can hear the players, casino employees and the game very clearly. The difference is night and day.”

With the previous system, Boeynaems said, operators had to become trained at filtering out background noises in order to hear the conversational elements at a table. “For a person who is not used to doing that daily, I could not understand what they were saying. With the new solution, you can clearly understand what they are discussing. The casino and security team are very happy with the quality they have today, thanks to the DPA mics.”

The position and size/style of the microphone also played a big part in the benefits that DPA brought in terms of the aesthetics involved increating a new solution. Boeynaems also mentioned that, “it’s important to know that it’s the combination of the Panasonic cameras and DPA microphones that make this solution ideal. Without one or the other, the system does not make sense. It’s the combo of both that makes it unique.”

Security audio capture is limited to the casino market in Belgium, so Sabelco is not able to implement it in other security applications. However, Sabelco has invited representatives from casinos around the world to visit the casino, to experience the new system for themselves. “They all said ‘that’s a solution we need’. So, we have a few additional installation projects pending.”