Chicago officer dies amid probe of her cop husband’s suicide 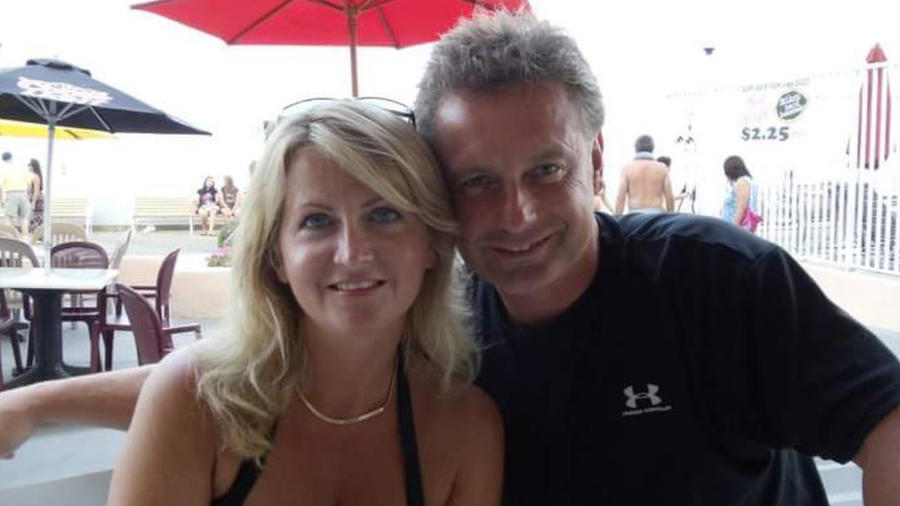 Chicago IL June 1 2017 Chicago police recently sought the FBI’s help in reinvestigating the apparent suicide nearly two years ago of a sergeant after officers raised concerns about how evidence was collected at the scene, a source told the Tribune.

Then, over the Memorial Day weekend, the renewed probe took a stunning twist after the sergeant’s wife, herself a veteran police officer, was found dead in the couple’s same Northwest Side home, records show.

Dina Markham, 47, a 22-year veteran of the force, was found by a family member unresponsive in the bathtub on Sunday after ingesting pills, according to police.

The Cook County medical examiner’s office has not ruled yet on the cause of death, but a police spokesman said the case was being investigated as a suicide.

The tragic turn of events came as the FBI, in an unusual move, was re-examining the September 2015 death of Markham’s husband, Donald. He had apparently shot himself in the home in the city’s Norwood Park community after a drunken argument with his wife, police reports show.

The death was ruled a suicide at the time by the medical examiner’s office. But the source said Superintendent Eddie Johnson sought the FBI’s help after an officer had raised concerns about how evidence was handled at the scene.

Johnson reviewed the case before deciding to contact the FBI.

Documents obtained by the Tribune through an open records request show that Johnson’s general counsel had been reviewing the Donald Markham case in February, when the Evidence and Recovered Property section sent records of evidence collected at the scene to the superintendent’s office.

The investigation was still ongoing as of Wednesday. The city’s Inspector General’s Office was also involved.

Police reports obtained by the Tribune show Dina Markham told police her husband, 51, had locked her out of their home the night of his death after the couple had been out drinking and argued after leaving a bar at about 1 a.m. She said she discovered her husband dead in their bed after one of her children let her in the house, the reports said. She said she then called 911.

Her husband was pronounced dead at 3:34 a.m. at the house in the 5900 block of North Newark Avenue by a doctor from Presence Resurrection Medical Center, the records show.

According to the medical examiner’s office report, the detective investigating the death that night said the gun used in the shooting belonged to Donald Markham but it was not his service weapon.

“There was no history of suicidal ideations or suicide attempts and no suicide note was found on scene,” the report said.

The detective wrote that the death was being treated as a suicide and “there was no suspicion of foul play.”

The medical examiner’s office did not conduct its own investigation at the scene because the detective hadn’t contacted the office about the death until almost 5:30 a.m., at least two hours after the incident, the report said. By then, Markham’s body was being transported to the morgue.

Records show that at the time Markham’s death was discovered, Area North detectives and medical examiner’s office investigators were already dealing with three fatal shootings that had occurred in a two-hour span — including a double homicide just an hour earlier on North Winthrop Avenue.

At the morgue, Assistant Medical Examiner Steven M. White conducted an autopsy and ruled the death was a suicide as a result of a single gunshot wound to his head. Blood had been found on both of Markham’s hands, according to White’s report.

The investigation into Donald Markham’s death was closed on Nov. 13, 2015, and classified as “non-criminal,” the police reports showed.

At the time of his death, Markham was assigned as a sergeant in the Police Department’s narcotics unit. His wife worked as an officer assigned to the Bureau of Internal Affairs, the department’s internal unit that investigates allegations against officers of wrongdoing.

Records show Donald Markham joined the department in May 1994 and was a 21-year veteran when he died. He had 16 complaints lodged against him in his career as of 2014 but no history of being disciplined.

A decade ago, Markham had a failed foray into politics, running for alderman in the 41st Ward. Records show he lost to former Ald. Brian Doherty, receiving only 16 percent of the vote in a three-way race.

Dina Markham, meanwhile, was hired in February 1995 and had only a handful of complaints — none of which resulted in discipline — in her 22 years on the force, records show.

Hours after Dina Markham’s body was found Sunday, marked and unmarked squad cars could be seen parked outside the family’s home, situated on a narrow block dotted with single-family homes with large, well-kept front lawns. Several people could be seen standing near the driveway as police investigated.

Records show the Markhams were married in 1995 and had five children. They purchased the home — which featured an in-ground pool — in 2006 for $730,000 and currently had a $760,000 mortgage, county Recorder of Deeds records show.

In the police reports, Dina Markham told the detective that she and her husband had been at the Firewater Saloon in the nearby Edison Park neighborhood earlier that evening in September 2015. The two got into an argument on the way home from the bar. Markham said her husband blamed her for staying out so late, and the argument continued as they arrived to the front door of their home, the reports show.

Markham said she walked away from the home as her husband followed, according to the reports, but Donald Markham eventually returned to the home and went inside.

When she entered the home, she said, Markham started looking for her car keys because she planned to sleep in her vehicle for the rest of the evening, according to the police reports. After entering the master bedroom, with the room “illuminated with ambient lighting,” she saw her husband lying in bed, on his side and with his back pointing toward her, the police reports said of her account.

Dina Markham continued looking for her keys, and she felt the outside of her husband’s pockets, the reports show. That’s when, she said, she felt moisture on her hands and realized it was blood. She said she then called 911.

“Upon further observations of Donald, it had appeared that he had shot himself in the head,” the detective wrote of his interview with Dina Markham. “(She) could provide no further information in regards to this incident.”

Three of the Markhams’ underage children were home at the time of the shooting and were interviewed by detectives, but their statements were redacted from the reports provided to the Tribune.

Records provided by the Office of Emergency Management and Communications showed Dina Markham called 911 at 3:12 a.m. She told the operator that an off-duty police officer was “bleeding from his head” and needed an ambulance, but refused to answer questions as to what happened or whether he was breathing, then hung up.

The Tribune’s request for the audio of the 911 call under the Freedom of Information Act was denied by the city, which claimed releasing it would be a violation of privacy.

When police arrived at the scene, Donald Markham’s .380-caliber Glock semi-automatic pistol was found in his right hand, with five bullets still in the magazine and one in the chamber, according to supplemental reports logged in the investigation.

A spent shell casing was found near the pillows on the bed and Markham had a “contact” gunshot wound to his right temple, indicating the gun had been pressed to the skin when it was fired, the reports showed.

An Illinois State Police report later showed the gun was caked in blood, including inside the barrel, which had to be cleaned before the weapon could be test fired by the state police crime lab. The tests showed the bullet that killed Markham had been fired from the weapon, the records show.

The crime lab tests also showed Donald Markham had gunshot residue on his hand, indicating he’d either fired a gun or was close to a weapon being discharged at the time of his death, according to police records.

The autopsy report showed that Markham had no drugs in his system when he died, but blood tests later confirmed he had been drinking. According to the toxicology report, Markham’s blood-alcohol level was about 0.12 percent at the time it was tested, over the legal driving limit of 0.08 percent.

Police reports stated Donald Markham had $138 in cash on him when he died. He also had his wife’s cellphone in the cargo pocket of his shorts. The detective returned the phone to her that morning, the reports stated.

One of the highest-ranking department members to respond to the scene on the morning of Donald Markham’s death was then-Lt. Denis Walsh of Area North, the police records show.

Walsh notified the department’s Internal Affairs Division about the death — which would be routine in the case of an officer’s apparent suicide — at 4:55 a.m. that day, records show.

Walsh resigned last year as the department sought to fire him for his role in the investigation into David Koschman, a suburban man who died after being punched by a nephew of then-Mayor Richard M. Daley’s in 2004. Walsh was accused in a special prosecutor’s report of removing the original file on the Koschman case from his office “with no legitimate work purpose.”