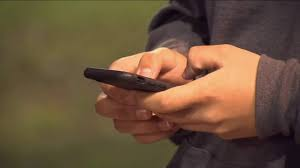 “I want students to really think about what they’re doing. It’s not a tool to play with,” Wagner said. “It’s a tool. It actually works.”

Wagner said they’ve received seven tips through the app in the last two days, but none of them are emergencies.

“Sometimes the tips are blank or it could be a myriad of keystrokes and letters and numbers. Sometimes they posted, just in this week alone, graphics of colors and then one person even put a recipe of how to make ice cream,” he said.

The app was established after the shooting at Marjory Stoneman Douglas High School and is used by school districts across the state.

“Anytime a student hears something — anything that might be suspicious, any threats that may be another student made — it’s just another way of immediately notifying law enforcement at any time of the day,” Wagner explained.

Here’s how it works: You pull it up on your phone and you go to report a tip. The app checks your location and brings up a nearby school. Then you can type in your emergency.

Wagner said that no matter what, police will respond to a tip, but students are asked to only use the app for an emergency. He said school district police have seen success with the app over the years by tracking down school threats. He encourages all students, if they see something, say something, and to use the app responsibly.

Wagner said there are consequences if it’s misused.

“Misuse of this app, it can be a criminal violation and you can suffer criminal sanctions. And if you use the school district and you use their platforms, you, too, can be subject to school discipline,” he said.

Wagner said the students who misused the app have been contacted.