Cops Say Downtown Pontiac Security Officer Dressed “Too Much” Like Them 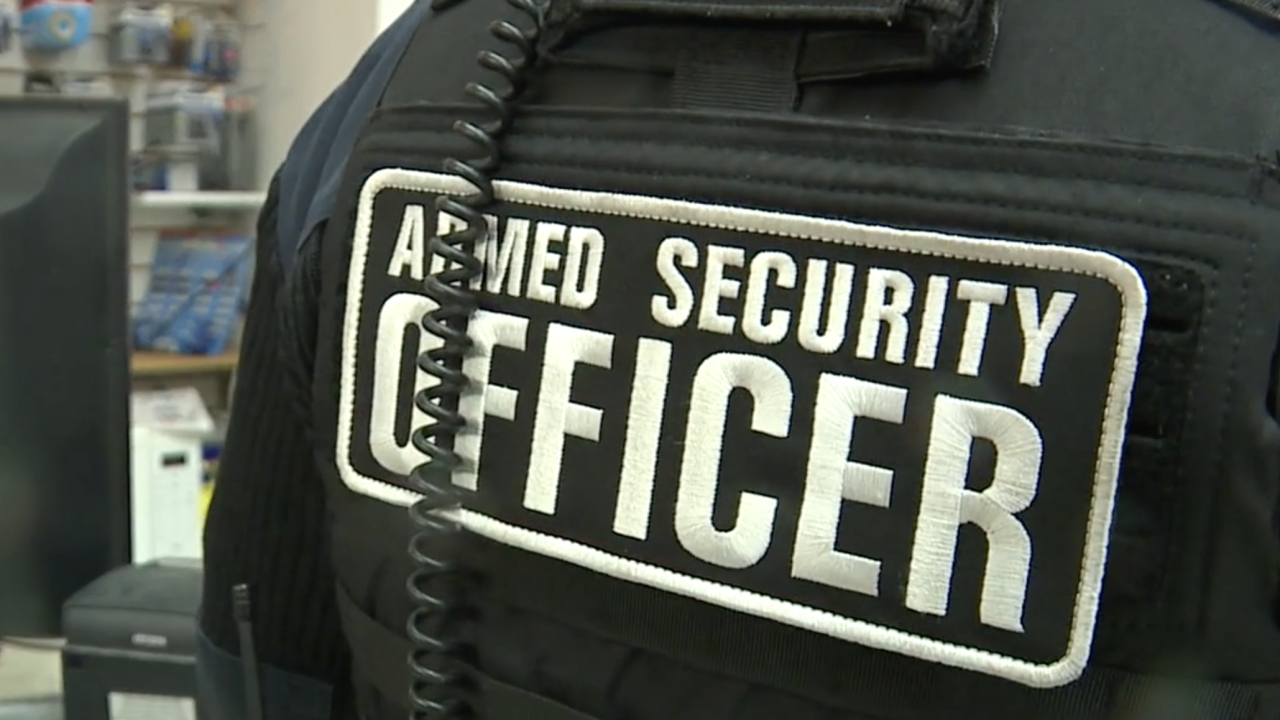 PONTIAC, Mich. November 8 2019 A Pontiac developer has led an effort to put security cameras and a security officer in the downtown area. It is an effort that many say has helped stop crime, leading to new growth. But is it going too far?

Tim Shepard, who owns the Riker Building, has teamed up with other landlords and developers to send the message that Pontiac is safe. They have installed about 160 cameras on buildings and hired a security guard named Brian Carr.

Carr is often seen downtown patrolling. He wears a bullet-proof vest and is fully armed with a gun, taser and more.

“He was just dressed a little bit too much like us,” said Lt. Stephen Dooley of the Oakland County Sheriff’s Office.

Dooley says it has lead to sheriff’s office investigations.

7 Action News obtained dash-cam video of one call after filing a Freedom of Information Act Request.

When deputies arrived, you can see Carr standing in a public area staring at a man. He tells deputies the man is suspicious, a business reported he may have a knife wrapped in a handkerchief, and the man refused to stop on the street.

Deputies asked the man if he intends to hurt anyone and he says “no.” He also doesn’t have a knife.

“What is the deal with this downtown security guy,” the deputy can be heard saying in the video.

The investigation shifts to Carr.

“Why are we walking all around downtown Pontiac chasing after people,” the deputy asks him.

Carr says he was just keeping the man in sight, but deputies see problems.

“In the call you say he is not stopping for me, he is trying to dip from me,” the deputy is heard saying. “He has every right to.”

“I absolutely agree,” responds Carr in the video.

“You are not an officer,” said the deputy in the video.

“You have more equipment on actually than we do,” the deputy continues. “For someone that is just business security, it seems you are doing more than needs to be done.”

Carr and the downtown developer who employs him sat down to talk to 7 Action News about the concerns from the sheriff’s office.

“We need people to take him seriously,” said Tim Shepard, which is the reason for the uniform.

Tim Shepard, who owns the Riker Building, says at the request of the sheriff’s office they have increased the font size of the word “security” on Carr’s uniform. Shepard says through a partnership between more than a dozen downtown property owners, Carr now monitors about 160 cameras around downtown and patrols the area. On a regular basis he shares his reports, tips and video with the sheriff’s office.

“They have prosecuted several cases using these reports,” said Carr, holding up a folder filled with evidence he has shared with investigators to help their cases.

Speaking of prosecution, twice the sheriff’s office submitted warrant requests into the Oakland County Prosecutor’s office, but the prosecutor said there was not enough evidence to charge Carr with impersonating police.

“We are not trying to be police,” Shepard said. “We think hey, we are doing something good. We are stopping crime in Pontiac, and then we got push back on that.”

“He has a license for everything he is wearing,” said Sam Sitto, who owns Pop’s Party Store downtown.

Sitto believes Carr has helped send the message that downtown Pontiac is safe.

“He is just a civilian doing his job and protecting our town from bad people,” Sitto said.

But go to the Unity Barber Salon and you will find all of downtown aren’t in unity singing Carr’s praises.

“Who is he protecting,” said Marco Hogan, a barber at Unity Barber Salon. “That is what I am trying to figure out. We don’t need no protection. It is kind of like an accident waiting to happen.”

The sheriff’s office says the crime rate is down in downtown and it appreciates the information Carr and Shepard have provided to help its targeted efforts. It just wants security guards to know they need to clearly be labeled as security officers and they don’t have any more rights than regular citizens.

“We don’t want anybody doing police work in the City of Pontiac or anywhere that is not a police officer,” Dooley said.