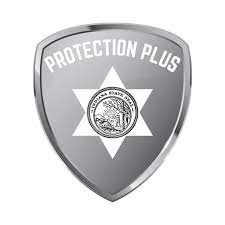 INDIANAPOLIS IN July 2 2022– Overtime wages owed to 215 security professionals who patrol Indianapolis International Airport’s grounds, guard local businesses, and provide round-the-clock traffic control in the area were paid following an investigation and litigation by the U.S. Department of Labor.

As required by a June 7, 2022 consent judgment entered in the U.S. District Court for the Southern District of Indiana,  Protection Plus Inc. and employer Raymond Stanley paid $185,459 in wages and an equal amount in liquidated damages to the Department of Labor for distribution to the workers. The employer also paid a civil money penalty of $69,540 for knowingly violating federal wage laws. Similar violations by the Indianapolis company were found in 2018.

The court’s action follows the department’s complaint filed on May 11, 2022.

An investigation by the department’s Wage and Hour Division found that Protection Plus did not pay any overtime premium to some employees for hours over 40 in a workweek. When the firm did pay overtime, they failed to accurately compute overtime due when employees received two or more rates of pay for different jobs performed in the same work week. Protection Plus also failed to maintain accurate payroll records. Their actions violated the Fair Labor Standards Act.

In 2018, the company paid $98,949 in overtime back wages and liquidated damages to 158 employees. They also paid $25,000 in civil money penalty for the willful nature of their violations.

“The company did not change their pay practices after our 2018 investigation and did not pay employees the wages they were due,” explained Wage and Hour District Director Patricia Lewis in Indianapolis. “Employers must understand these failures hurt workers and their families by denying them the wages they count on to meet their needs. These illegal practices may damage their ability to retain and recruit the workers required for their operations.”

In fiscal year 2021, the division recovered more than $6 million in back wages for more than 5,300 workers in the guard services industry, ranked among the division’s top 15 low-wage, high violation industries.

“The Wage and Hour Division will continue to hold employers accountable and take appropriate action, including litigation, on behalf of workers when their employer denies them the wages they have rightfully earned,” Lewis added.

For more information about the FLSA and other laws enforced by the Wage and Hour Division, contact the division’s toll-free helpline at 866-4US-WAGE (487-9243). Learn more about the Wage and Hour Division, including a search tool to use if you think you may be owed back wages collected by the division. Download the agency’s new Timesheet App for android devices to ensure hours and pay are accurate.