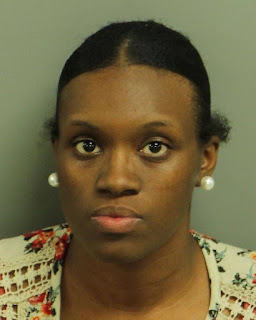 A woman from Greenville stole merchandise from two stores at Crabtree Valley Mall, had stolen merchandise from three others and was trespassing by being in the mall on Wednesday, according to charges filed by the mall’s police department.

Wake County arrest records show that Daphne Shonay Duncan was taken into custody about 7 p.m. at the mall, although charges were not approved by a magistrate until early Thursday.

The charges accuse Duncan of taking $335 worth of men’s T-shirts from Zumiez and $268 worth of women’s clothing and other articles from Pacsun.

The trespassing charge said Duncan had been told not to come to the mall, though it did not say when that was done.

Two of the charges of possessing stolen property are felonies based on the value of the merchandize. All the other charges are misdemeanors.

Authorities also served Duncan with arrest orders issued by judges in Durham and Nash counties because she missed court appearances there in misdemeanor larceny cases.

A magistrate set Duncan’s bail at $12,000, and she was being held at the Wake County Detention Center.

The mall police force is a company police department under state law and has full police powers on the mall property.