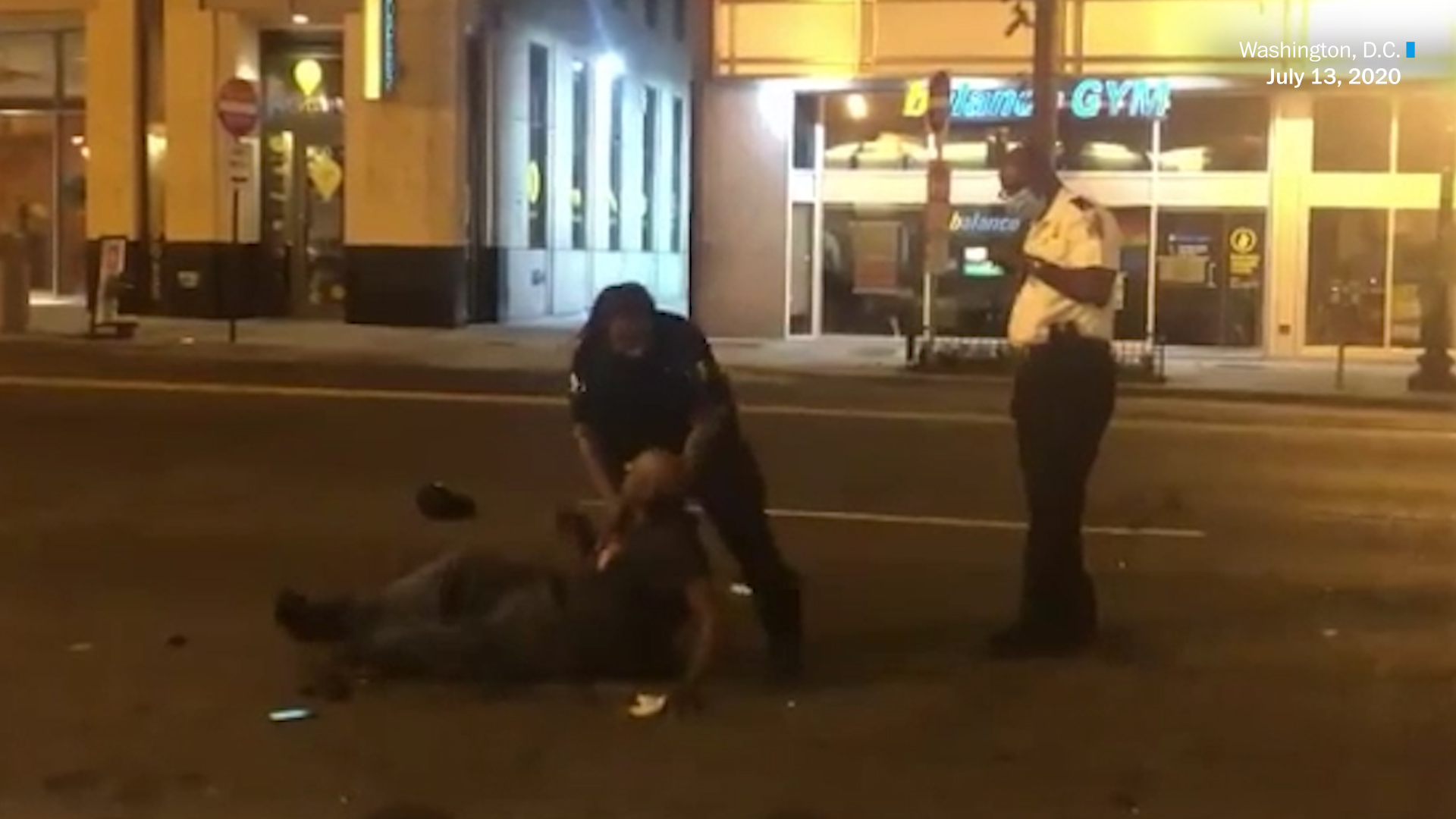 Washington DC July 25 2020 CVS Pharmacy said it has terminated its contract with a private security company after an armed guard was seen on video detaining a shoplifting suspect outside a downtown Washington store and appeared to press his forearm onto the man’s neck.

The 50-year-old man, who appeared to be unarmed, tried to speak several times as the guard pressed down and yelled, “Stop resisting.” The man could be heard sputtering the word “choke” and saying “I can’t breathe.”

“We’re deeply disturbed by the video taken outside of our store,” CVS said in a statement. “This type of force appears wholly unnecessary, regardless of what happened inside. The actions of the security guard, who is not a CVS employee, violated our security policies and practices which are designed to ensure the safety of customers and employees.”

The statement added, “The guard will never again work security details at any of our stores, and we are no longer doing business with the third party security contractor that employs him.”

The incident occurred on the evening of July 13 outside a CVS store in the 1100 block of Vermont Avenue NW, near Thomas Circle. It was first reported by Newsweek.

Some security guards, referred to as special police officers, are licensed by D.C. to provide security and make arrests within limited geographic areas. Many are allowed to carry firearms. The D.C. police, one of two city agencies that oversee licensing and training, said it is investigating.

According to a D.C. police report and an arrest affidavit filed in court, the man walked out of the store without paying for three packets of Tide detergent worth a total of $54.

The affidavit says the man was “wrestling and throwing punches to try and get away.”

The man was charged with theft and assault on a police officer. The Public Defender Service, which is representing the man, said it could not reach its client and did not have permission to comment.

The 1 minute, 18 second video was recorded by Leezia Dhalla, 30, a D.C. resident who said she was walking by as the arrest was taking place. She put the video on her Twitter account.

The video starts with the man trying to sit up. The guard pushes the man down on his back and gets on top of him. It appears the guard is pressing down on or near the man’s neck. The man rolls to his side and waves his arms. The man can be seen struggling and trying to grab the guard or push him off. The video clip does not appear to show him throwing punches.

“It sounded like he was suffocating,” Dhalla said in an interview Friday. “It was such a heartbreaking thing to hear.”

A D.C. police officer who arrived after the security guard had stopped the man watches for a bit and then attempts to get the guard to ease up. The officer puts his hand on the guard’s shoulder and waves him off.

D.C. police confirmed on Saturday the officer is with the police agency. His body camera is visible on the video.

The man was treated at George Washington University Hospital.
VIDEO