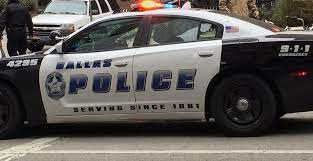 Police responded to assist a security officer who had been attacked in the area of 8080 Leigh Ann Drive.

According to officials, the security guard told police five unknown suspects tried to take his weapon.

The security officer resisted and that’s when one of the suspects shot him in the hand, police said.

The security guard was taken to the hospital and is expected to be OK. The suspects fled from the scene and have not been arrested.