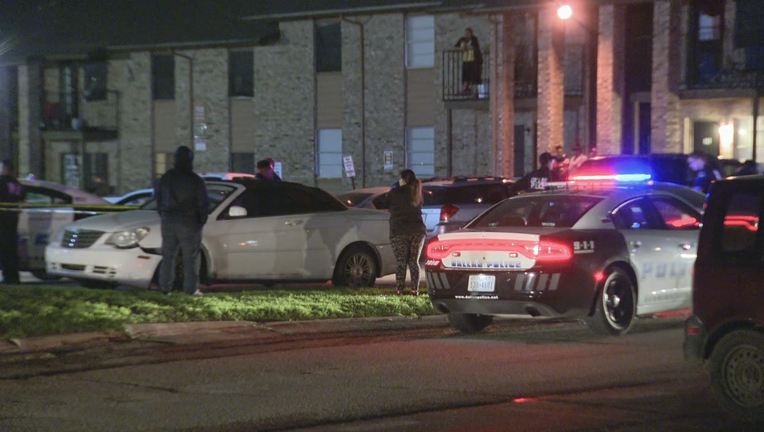 Dallas police responded to an apartment complex after a report of a shooting and found on person dead outside an apartment building.

Officers said that 911 calls came in at about 8:30 p.m. and they responded to the 5300 block of Monmouth Lane where they found Jamal Patterson near the sidewalk and apartment breezeway, police said.

Patterson, 26, became upset after a commissioned security officer who had told him that he could not work on his vehicle in the parking lot, police said.

The security officer and witnesses told police that Patterson punched the security guard multiple times before going into his apartment to get a handgun, police said.

Patterson died at the scene. The officer called 911 and cooperated with the investigation. He was interviewed, and later released by police.

The case will be referred to a Dallas County grand jury.

Anyone with information about the shooting may call Dallas police Detective Brewster Billings at 214-283-4805 or 214-671-3083, or email brewster.billings@dallascityhall.com.