Demand for security guards on the rise 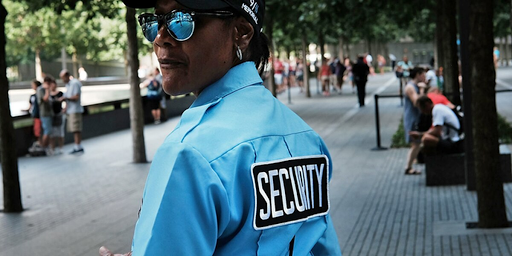 RENO, Nev.  April 24 2021 At Junkee Clothing Exchange, shoppers are greeted with a new sight when they walk through the door.

A sign lets them know about a new policy of checking bags and receipts, and in case they miss it, a security guard alerts them to the rules. Jessica Schneider, owner of Junkee, says she made the decision to hire the guard to fight a growing problem.

“We’ve had some things where people have been stealing, and I decided I’m just not going to put up with it,” she said.

But in her search for a guard, there was one problem; there are not enough security guards to go around.

Schneider says she called multiple companies, and all gave her the same answer- saying no one was available for the hours she needed.

Mike Hendi, CEO of ESI Security Services says demand has always been high for security, but there has been even more of a demand in the last year. That would be great for business, if there were people to fill the spots.

“Manpower, I think, is probably the biggest obstacle we’ve seen for a long time,” he said. “And this is nationwide. The industry as a whole is suffering a great deal because [there are] not enough applications and applicants coming into work.”

In 2019, Hendi says they would get up to a hundred applicants a week . Now they are lucky to get 20 a month.

“I’ve been in business for about 30 years and never seen it this bad.”

He says they are fighting a number of factors. First, it’s a long hiring process. Applicants must pay for and pass a background check, fingerprinting, and take a test. Meaning it could be weeks before they are hired and can begin working. Hendi says he sees people going to warehouses for work because they can begin work right away.

But he says there is another problem in finding qualified applicants.

“Between the stimulus and unemployment, the $300 extra dollars, people are not motivated to go out and find jobs. It’s kind of like putting security companies especially in double jeopardy because our processes too long and we’re not getting enough applicants.”

Hendi says one of the biggest employers of security guards right now are warehouses. With more people shopping online, the warehouses are working harder to fill demand. He says if 100 people applied and passed the necessary requirements, he would be able to offer them full-time jobs immediately. That’s how much of a demand is out there.

As for the guard at Junkee, Schnieder says she was finally able to find a young man to fill the role and he has already caught some would be thieves. But she says it was important to find someone who still made the store feel welcoming.

“The employees feel safer,” she said. “It’s not intimidating. He’s really nice he checks receipts at the door, kind of like Costco, so actually it’s been a really good thing with the security.”

If you are looking for work, ESI is hiring. You can find more information here.