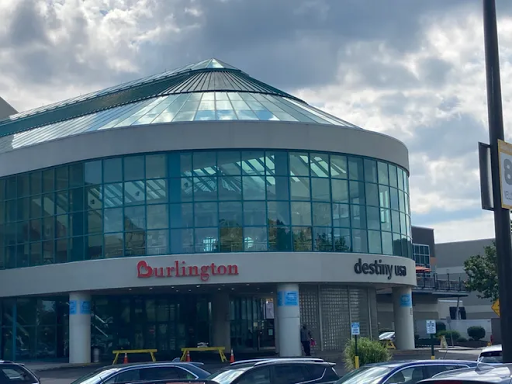 Destiny USA, the largest mall in New York state and the fourth largest in the country, has ramped up its parental escort policy and now requires visitors 17 and younger to be accompanied by a parent or adult at all times.

“While 99.9% of the guests that come to Destiny USA act responsibly, including our younger shoppers, there is a very small percentage that are disruptive,” Stephen J. Congel, CEO of mall owner Pyramid Management Group, said in a statement. “We don’t intend to allow that small percentage to damage the experience of local residents and tourists.”

Previously, Pyramid required mall visitors 17 and younger to be accompanied by a parent or adult 21 or older from 4 p.m. until closing on Fridays and Saturdays. It announced the enhanced policy Feb. 3, and it went into effect Feb. 5.

Destiny USA visitors 17 and younger now will need to be accompanied by an adult at all times.

The change follows the Jan. 23 stabbing of a 14-year-old boy near one of the mall entrances, according to Syracuse.com.

In his statement, Congel said the move requiring visitors 17 and younger to be accompanied by adults at all times was based on talks with the Syracuse Police Department and feedback from shoppers, tenants, community leaders and city officials. “It’s also consistent with the evolution of similar safety policies at other major retail complexes, including the Mall of America in Minneapolis,” he added.

The new policy at Destiny USA also says that all visitors should be prepared to show identification including a photo and date of birth (a driver’s license, state identification card, military ID, passport or visa) and that failure to do so “will result in dismissal from the premises.”

The six-story mall first enacted a parental escort policy in 2003. Rochester-area mall owner Wilmorite instituted one at The Mall at Greece Ridge in 2008 following two fights, and it remains in place. Visitors 18 and younger must be accompanied by a parent, grandparent, aunt, uncle or legal guardian from 4 p.m. until close on Fridays and Saturdays. Each adult escort may supervise five youths. The policy also states that anyone who appears to be younger than 19 should be ready to show identification including a photo and date of birth. Mall employees are exempt from the policy during their working hours.

Wilmorite does not use parental escort policies at its other two area shopping centers, Marketplace Mall in Henrietta and Eastview Mall in Victor.

When asked to explain its thinking, the company said in a statement: “The Mall at Greece Ridge is located in a more densely populated suburb of Rochester and receives a higher amount of foot traffic, therefore warranting an escort policy.”

The company went on to say that many malls in densely populated areas like Greece — whose more than 96,000 residents make it, by far, Monroe County’s largest suburb — have similar policies.

The mall was shut down on the evening of Dec. 26, 2020 after fights broke out among several dozen teenagers, according to the department.

Initially, after police dispersed the fights, the shopping center was evacuated. But the youths “regathered and continued to fight in other locations, ultimately causing mall management to close the mall,” Sgt. Jared Rene said at that time. Three people were arrested at the time.