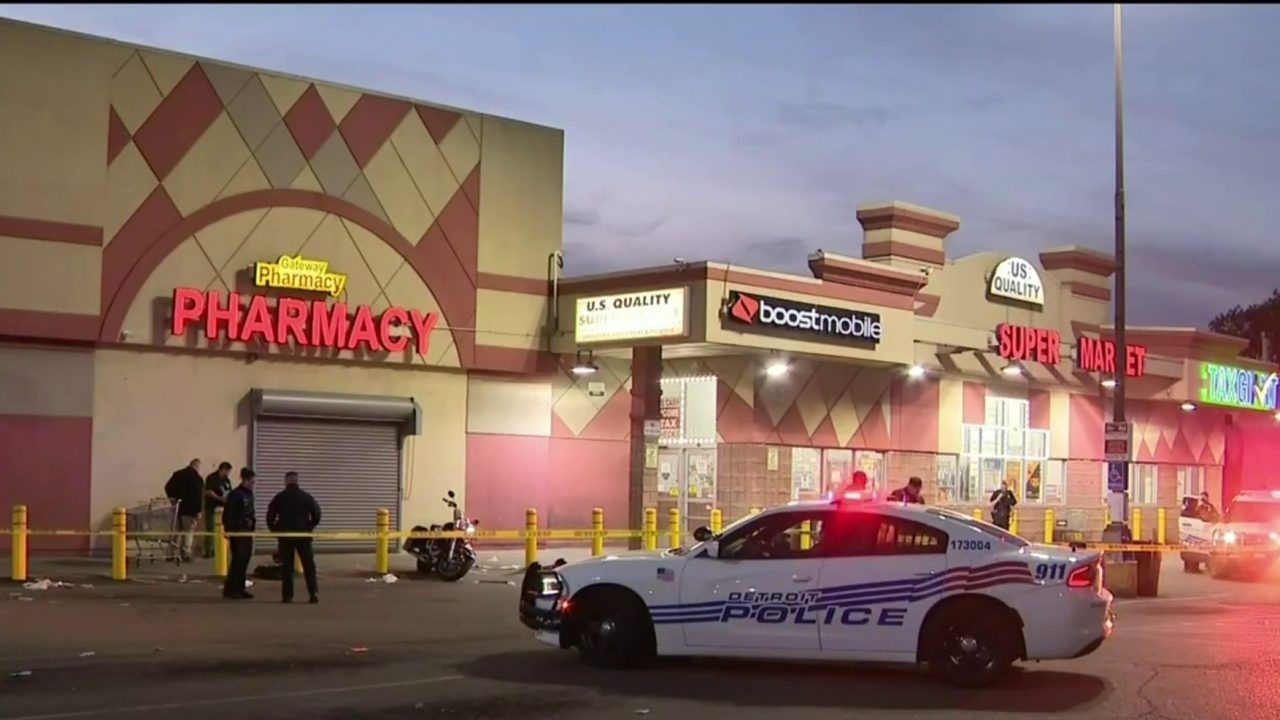 DETROIT MI October 8 2019 – A security guard at a grocery store was taken into custody Sunday night, accused of shooting two people outside of the store.

The incident happened at about 6 p.m. near the intersection of Joy and Greenfield roads on Detroit’s west side.

“All I heard was them arguing at the grocery store,” a witness said.

“He was being disrespectful, and they had an exchange of words.”

The witness is pregnant and left when the argument escalated.

“I wasn’t going to wait around for something to happen,” she said.

Police said the woman’s boyfriend showed up and the three started arguing inside.

When the couple left the store, the security guard followed them.

According to authorities, the security guard shot the man as he was on a motorcycle.

Police said the woman pulled out her own weapon and was also shot by the security guard.

The man and woman were rushed to a hospital, where they are listed in serious condition.

Police said the security guard has a concealed pistol license and stayed at the scene to cooperate with the police investigation.

The witness believes the woman and security guard knew each other.

Police are waiting for the victims to recover to determine what led to the shooting.