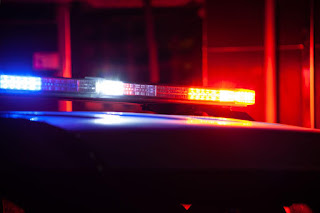 A security officer working at a nightclub has been murdered in what police describe as an escalated argument turned homicide.

Police said 30-year-old Lamar Waller, the security officer and the suspect had an argument in the parking lot of a club where Waller was working security.
family said he was protecting a woman the suspect was harassing.

The two had words and the man left and then waited for Waller to get off work.

The suspect then followed Waller to a CVS on 8 Mile near the Southfield Freeway.

When Waller got out of his car around 1:20 a.m. the suspect acted like he was leaving then pulled behind him, and then hit and ran over Waller, and then fled.

“They hit him with full speed and left him there to die,” said Cassandra McLawrence, Waller’s sister. “This guy is dangerous. He was dangerous to my brother, and he’d be dangerous to other people and what he did is very sick, and he needs to be, something needs to be done about what he did.

Waller was taken to Sinai-Grace Hospital, where he was brain-dead. His wife took him off of life support.

“She lost her husband and the father of her children. She had to go home and tell her children that their father will never be back again,” said Gebrai.

Police say the hit-and-run driver was in a newer model black Dodge Durango with black rims. He’s described as a man in mid 20s to 30s with a short haircut and medium build. There was also a woman with him in the SUV.

Anyone with information is asked to call Crime Stoppers at 1-800-SPEAK-UP.