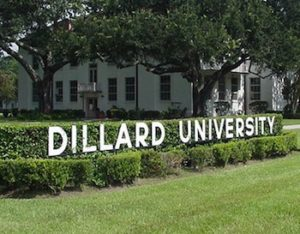 New Orleans LA Aug 31 2021As Hurricane Ida bears down on southern Louisiana, many sought to evacuate before it hit.

Thus far, Ida is the strongest storm to make landfall in Louisiana and it came as the 16th anniversary of Hurricane Katrina.

Despite the dire situation, some couldn’t evacuate. Professor Robert Collins of Dillard University said that he spoke to one of the security guards in his building, asking if she was evacuating.

She explained to him that she didn’t have much choice.

Speaking with CNN on Sunday Lt. Gov Billy Nungesser (R-LA) explained that he went through Katrina and he doesn’t understand why anyone would stay through something this serious.

As the security guard explained to Professor Collins, leaving would mean quitting her job.

“On my salary, I can evacuate or I can pay my rent on the first. I can’t do both,” she told the professor.

He tweeted that he wished ” people understood that not everyone has the privilege to evacuate.”

I just ran into one of the security guards in my building. I asked if she was evacuating. She said: “On my salary, either I can evacuate. Or I can pay my rent on the first. I can’t do both.” I wish more people understood that not everyone has the privilege to evacuate. #Ida