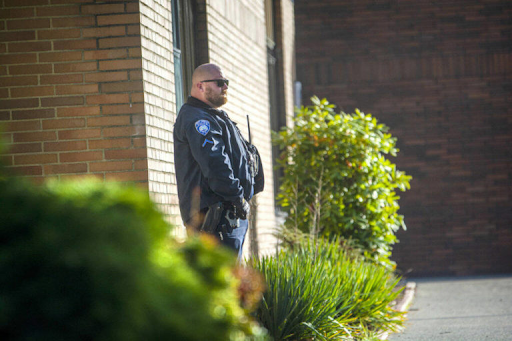 Vernon Canada October 10 2021 Overnight security downtown over the summer resulted in six calls to RCMP, one to Vernon Fire Rescue Services and one to the city.

In its second year of operation, the seasonal security that patrols downtown in a marked vehicle overnight recorded 1,751 observations in five months, doubling 2020’s total of 796.

Between May and September, security reported an attempted arson and a break and enter attempt into a recreational vehicle, among others, to the proper authorities.

They also alerted Vernon Fire Rescue Services to an early morning fire behind a business and informed the city of a broken water main.

No calls were made to bylaw this year. In 2020, bylaw was called four times.

This season’s observations all involved street entrenched people but a report to council said in many cases, individuals weren’t breaking any bylaws.

Sixty-two per cent of files recorded were on city property, such as lanes, downtown parks, bus exchanges and public washrooms. Thirty-eight per cent were recorded on private property including private alcoves, doorways and private parking areas. More than half of the occurrences were recorded between 11 p.m. and 2 a.m.

Most occurrences were observed in the downtown core or BIA 1, while 55 per cent were recorded in BIA 2.

“The increase in observations in BIA 2 may be attributed to the fact that the majority of resources commonly accessed by street entrenched persons, including the Primary Care Clinic, Gateway Shelter and the Upper Room Mission are located in this area,” the report reads.

The Downtown Vernon Association said it supports the presence of a marked security patrol overnight downtown, but it hasn’t received any direct feedback from businesses regarding the service.