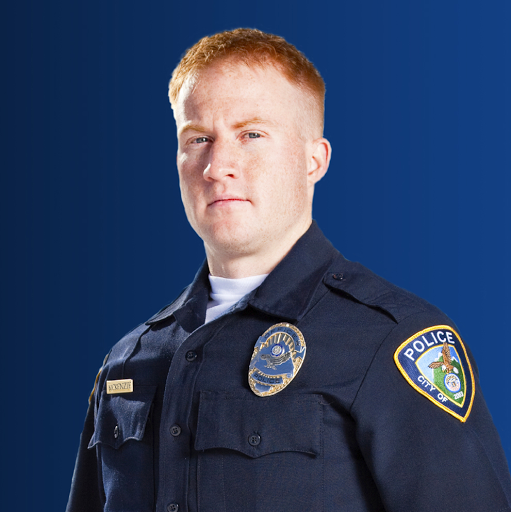 PIQUA OH Jan 24 2021 — The Edison State Community College Department of Public Safety has changed dramatically over the past 18-months.

After a successful history creating a safe campus environment, and based on changing campus safety and security standards, the Department of Administration and Finance determined the need for an armed presence on campus.

Safety had been maintained through some very well-designed physical security measures and competent security guards contracted to serve the college.

According to a press release, in mid-2019, a search was conducted for a Director of Campus Safety and Security. Bruce Jamison, retired chief of police from the city of Piqua Police Department, was brought on board and found support from administration and trustees to form a police department to meet the needs of a growing college with multiple campus locations through professional law enforcement. A police department was established by meeting the requirements of the Ohio Attorney General’s Office–the first new police department in the state in about five years.

At about this same time, a vacancy occurred for the contracted security guard that worked evenings at the Greenville Campus. Campus Security Officer Joe Speer, a retired police lieutenant from Piqua Police Department, who lived and worked in Covington, accepted the part-time job as an Edison State employee. He also began assisting in the establishment of professional standards for the department and the development of a policy manual for the newly formed police department.

As campus vulnerabilities were assessed by the new staff, the need for improvements to emergency operation plans was identified. Jim Bowell, a Troy resident who had retired from the Troy Fire Department and was working part-time for the Miami County Emergency Management Agency, agreed to join the department as a Reserve Officer in the position of Emergency Management Specialist.

“We continued to work to establish the most professional police department possible when it hit-the COVID-19 pandemic. Campus Safety and Security staff were in the building as we worked on emergency plans with every part of the college to find ways for our students to complete their educational goals in the midst of a global crisis,” said Jamison.

Bowell was then hired as a part-time Operations Center manager. As the department implemented safety measures that included screening every person that came into campus buildings, the college also knew that the permanent safety improvements would require additional staff, both at the Piqua and Regional Campuses.

Staff expansion of the Department of Public Safety began in earnest to meet these new needs and prepare for the future with the support of Edison State’s President and her cabinet. A strategic plan was developed that would provide armed police protection at all times classes are in session at the main campus, with police support at all regionals, and security at all facilities when the buildings are in use.

Campus Security Officer Al Decker was the next on board. He screens and greets the Piqua Campus employees on their arrival Monday through Thursday. He is retired from developmental disabilities services as an investigator and a manager after a long career in social work. He assists with crisis intervention needs and has already applied his extensive interviewing skills to assist during background investigations of new employees.

In the past few months, Edison State has searched for, interviewed, and conducted extensive background investigations to hire five more part-time Campus Security Officers and one more full-time Campus Police Officer. While it is too early to announce the Campus Police Officer due to COVID-related delays in polygraph examinations, the college is introducing the five new campus security officers.

• Jordan Shellabarger, of Piqua, has experience as a Corrections Officer in a county jail.

• Brooke Dunlevy, of Bradford, is a former standout student-athlete on the women’s basketball team with a degree in Criminal Justice who also works with youth in a local juvenile court system.

• Amanda DeCola, of Springfield, was formerly an armed security officer at a local university.

• Ed Sauers, of Piqua, is a military veteran and former corrections officer.

• Earl Briggs, of Sidney, holds extensive experience as a security officer in a variety of settings.

“Our young department has enjoyed tremendous support and appreciates this greatly. We know we have responded well to the safety concerns presented by the pandemic and are committed to continue to proactively serve all members of the campus community as we work together with them to stay safe while enabling students to complete their educational goals and realize their dreams at Edison State,” said Jamison.