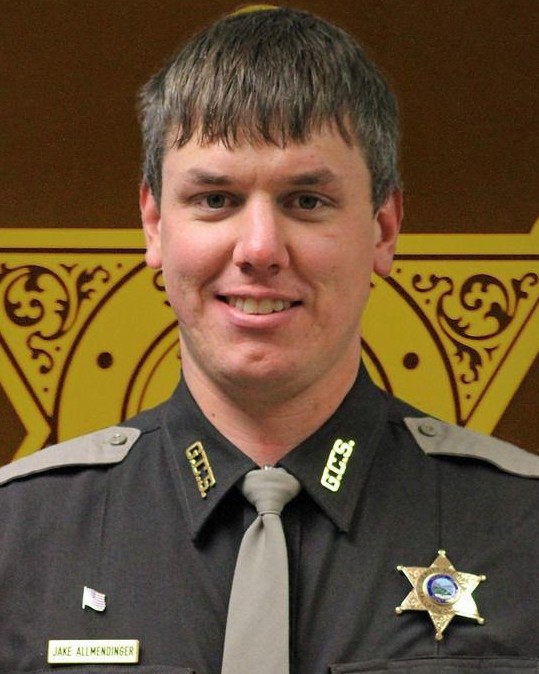 INCIDENT DETAILS
Cause Struck by vehicle

Deputy Sheriff Jake Allmendinger was struck and killed by his patrol car on Fairy Lake Road in the Bridger mountain range.

He and another deputy were responding to the area to check on the welfare of a stranded motorist. Their patrol Tahoe started to slide backward on ice as they attempted to drive up an incline while looking for the motorist. Deputy Allmendinger exited the vehicle as it slid but became trapped beneath it.

Deputy Allmendinger had served as a deputy with the Gallatin County Sheriff’s Office for two years. He had previously served a dispatcher and a search and rescue volunteer for over eight years. He is survived by his wife, three children, and parents.