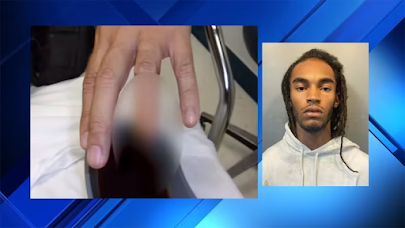 Detectives said the confrontation began when Metoyer started to act erratically while being treated by a nurse.

“This finger-biting felon bit off more than he could chew and he’s getting a taste of justice,” said Lee County Sheriff Carmine Marceno.

Metoyer is facing two battery charges. He is scheduled for a court hearing on Feb. 14.