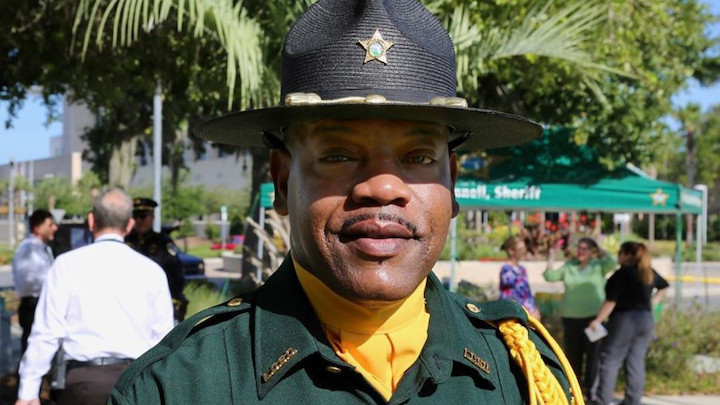 Master Deputy Lynn Jones passed away on Wednesday, the eve of his 13th anniversary working for the sheriff’s office, said Sgt. Fred Jones. He leaves behind his wife, Felisia and three daughters, ages 15, 17 and 21.

“He was an officer and a gentleman. I know that is a cliche,” said Jones, who is not related to Lynn Jones. “He really enjoyed the simple things in life.”

Jones was one of 18 staff members at the jail in Tavares who recently tested positive for COVID-19 and was spending time under quarantine at home. More than 100 inmates also have testd positive.

“Jones was highly respected at the Sheriff’s Office by all who knew him as he has been described as a hard-working employee with great interpersonal skills who led by example,” the agency said in a release. “The Sheriff’s Office is grateful for his service and is praying for peace and comfort for Jones’ wife, Felisia, their three daughters, Shaylynn, Kandace, and Jada, and all who knew and loved him.”

He also was planning to get back to an earlier career as a chef, offering catering services.

“He loved to cook,” Sgt. Jones said, noting that Jones worked in a Morrison’s Cafeteria after leaving the Army and before he started with Lake County.

Detention deputies work inside the jail, where people are either awaiting trial or serving short-term sentences. But it is more than watching the inmates, Sgt. Jones said.

“When Lynn did his rounds, he was almost like a counselor, like a social worker,” Sgt. Jones said. “He would talk to them about their choices, about why they are there” and how not to come back.

Jones also was a member of the sheriff’s honor guard, who appear at law enforcement funerals and other events in full-dress uniforms.

Although Jones tested positive for the coronavirus, his cause of death needs to be confirmed by the medical examiner, Sgt. Jones said. He had no symptoms when he started his quarantine on June 13, but his wife told deputies that he wasn’t feeling well on Wednesday.

He died at his Orlando home. No details were available Thursday about funeral services.

Lake County has seen a spike in coronavirus cases in recent weeks. As of Thursday, there were 881 infections, more than double the number of two weeks ago, when there were 355 cases.

Another law enforcement officer in Lake County died from COVID-19 earlier this year. Conrad Buckley, a Clermont patrol officer for two years, passed away in April after catching the infection during a trip north.