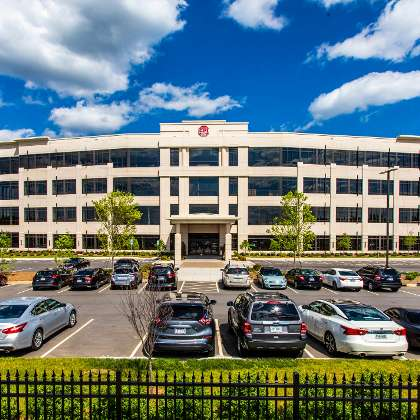 Gaston County resident Kelley Phelps filed the lawsuit Thursday alleging she was fired from her job at CPI in retaliation for objecting to the company’s racist practices, including racist comments by the CEO. Phelps said she was the highest ranking Black manager at CPI and had been employed with the company for more than 20 years.

Channel 9 covered the fallout after Gill’s comments he made in May 2020. The controversy began when Gill responded to an email from a Charlotte activist, telling him to “spend your time in a more productive way.” The comments were made in response to Queen City Unity’s executive director, who said he sent a letter to city leaders calling for change when it comes to police brutality and community safety.

“Please spend your time in a more productive way … a better use of time would be to focus on the black-on-black crime and senseless killing of our young men by other young men,” Gill wrote.

Community members boycotted the security company and several of its corporate customers, including the Hornets, the YMCA, and the Panthers, chose to disassociate with CPI.

According the the lawsuit, Gill was privately dismissive of the public reaction and said, “This is just the next story. It’ll blow over.”

Phelps said she became so frustrated with the company’s inaction on racial issues that she gave her resignation notice but was persuaded by CPI executives to stay. CPI then asked her to meet with former CMPD Chief Kerr Putney to discuss CPI’s racial culture, according to the lawsuit. Putney had been recently hired as the company’s Community and Government Relations consultant.

The lawsuit alleges Phelps discussed racist comments and actions at CPI, including statements by Gill, and she suggested ways to make the work environment more racially inclusive. CPI allegedly fired her shortly afterward.

Gill also allegedly said at an executive meeting that a deeply-tanned white manager would “have to sit at the back of the bus” if he got any darker.

The full text of the lawsuit can be read here.

Channel 9 reached out to CPI for comment; their full statement is below:

“We adamantly deny the allegations made in this lawsuit. CPI Security is 42% racially diverse. The company, led by CEO and Founder Ken Gill, has a 30-year history of giving back to our communities, especially to the underserved. As this is an ongoing lawsuit, we will not make any further comment.”