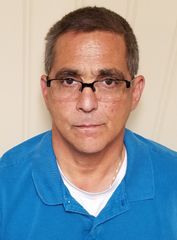 MOUNT HOLLY NJ Jan 31 2019– A former college security officer pleaded guilty Tuesday to having sexual contact with a boy and possessing more than 1,000 images of child pornography.
Alan J. Berman of Bordentown City faces a potential sentence of up to eight years in state prison under a plea agreement, the Burlington County Prosecutor’s Office said.
Berman, 58, was arrested in September 2018 after the prosecutor’s office received a tip from the National Center for Missing and Exploited Children.
The center said it had been contacted by an Arkansas woman who said a man was trying to engage her teen son in inappropriate conversations, the prosecutor’s office said.
At the time of his arrest, the prosecutor’s office said Berman posed online as a girl to convince a teen boy to send nude photos and videos.
He was accused a month later of giving marijuana to two youths and showing pornography to another in his home on the 100 block of Lucas Avenue.
The former Rider University officer also allowed five boys to have “unrestricted access” to a gun and ammunition, the prosecutor’s office alleged.
It said Berman had sexual contact at his home last year with a boy between the ages of 13 and 16. The teenager and his family were acquainted with Berman, who was a captain in a local volunteer fire department, the prosecutor’s office said.
Berman pleaded guilty to endangering the welfare of a child and aggravated criminal sexual contact, the statement said.
He is to be sentenced May 3 by Superior Court Judge Gerard Breland.
Courier-Post