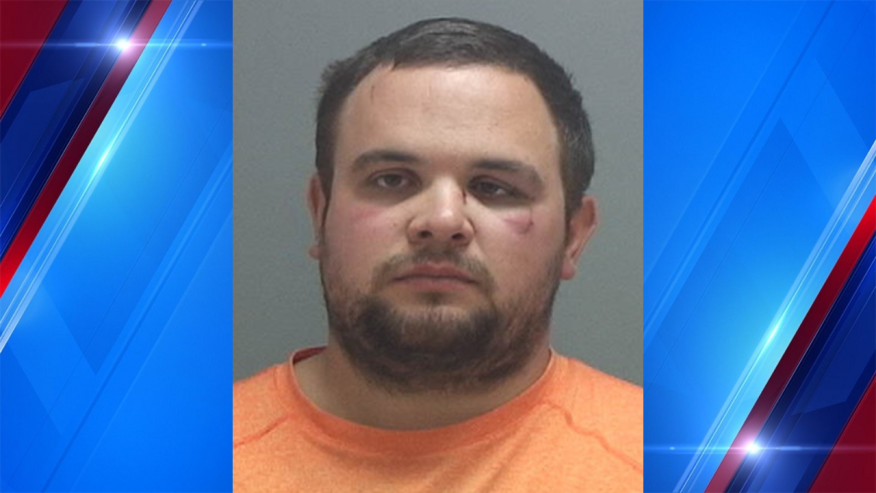 Salt Lake City Utah Jan 14 2023 Four years later, a Utah man and former security guard has been sentenced to prison for murder after shooting and killing a homeless man who was walking away from him.

Back in June of 2018, Salt Lake Police officers responded to a report of shots fired in between the Department of Commerce and Department of Workforce Services buildings near 160 east and 300 South.

Lutes, who was 26 years old at the time, was reportedly on-duty when he saw a “trespasser,” later identified as Thomas Stanfield, 54.

Police said Lutes began shining his flashlight on Stanfield while he was asleep, which started an argument and physical altercation between the two.

Surveillance video reportedly shows Stanfield walking away several times, though “each time contact was reinitiated by Timothy,” according to a probable cause statement. “At one point, Lutes knocks Mr. Stanfield to the ground and punches him several times while he is on the ground.”

At the end of the incident, Stanfield started to walk away, and police said Lutes fired his weapon, shooting him twice in the back.

Stanfield died at the scene.

The same year, Stanfield’s family filed a wrongful death lawsuit against Lutes and the security company that hired him, Citadel-Chapman Security. The family’s attorney, Robert Sykes, claimed Stanfield was afraid Lutes was going to hurt him and tried to walk away after he was confronted.

Sykes said Lutes claimed that before the shooting, Stanfield had removed his firearm from his holster and “pointed his own gun at him,” but Sykes says that never happened.

“Video cameras which captured this event prove that claim by Lutes to be false. Thomas never had the firearm that belonged to Lutes, and never pointed it at him,” the lawsuit states.

Stanfield’s mother, Connie Elison, and Stanfield’s brother, Grant Stanfield, were also in attendance as Sykes announced the lawsuit against the security company. “I can’t believe what happened that day,” said Elison. “I am still in shock. I believe my son was murdered. I just want justice.”

She said her son had a difficult life and returned to Utah in hopes of finding employment. She claimed Stanfield was at the Workforce Services building at 5:30 a.m. “to be first in line.” That’s when police said Lutes confronted Stanfield.

Sykes said they filed the lawsuit prior to any criminal charges to stop Stanfield’s estranged daughter from benefiting from his death. Sykes said the daughter had recently filed an action in court that named her as the rightful heir to his estate, but Sykes said she had not had any involvement with her dad in ten years. He also said she is his biological daughter but was adopted by another family member at a young age.

‹ School security officer retires after 35 years of service › Houston TX January 14, 2023 A man employed at a security job at a downtown Houston nightclub has been sentenced to 40 years in prison for robbing the club and its employees at gunpoint in 2019. The U.S. Department of Justice said Hakeem Alexander Coles used a false identity to land a security job at Clé Nightclub, located on Main Street near Fannin Street. On Sept. 7, 2019, after only being employed at the club for two weeks, he robbed employees with a gun and demanded $20,000 in cash after the business closed for the night, the DOJ said. Employees even said he shot at them as he got away. Coles’ was arrested in Louisiana for the robbery. He had a loaded gun on him and the false identification he used to get the job at Clé, the DOJ said. During Coles’ trial, the jury heard from witnesses who described the robbery. The jury also got information on how Coles committed another robbery in Minneapolis three weeks before the Clé robbery. In the Minneapolis case, Coles was also working as a security guard at a bar and robbed its employees after the bar closed for the night. Coles pleaded guilty to the Minneapolis case in 2020 and received 17 years in federal prison. The defense tried to convince the jury that Coles did not commit the Clé robbery but their actions failed and he was found guilty on June 6, 2022, for interference with commerce by robbery and discharging a firearm. Coles received 40 years in prison for the Clé robbery, which will be served consecutively to the 17-year prison sentence he received in Minneapolis.