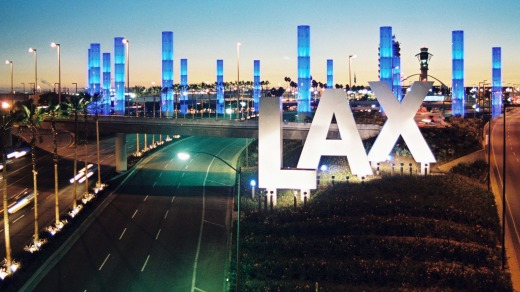 Los Angeles CA June 16, 2022 A former Transportation Security Administration officer pleaded guilty Friday to a charge of smuggling what he thought was methamphetamine through a TSA checkpoint at Los Angeles International Airport in exchange for $8,000, authorities said.

Michael Williams, 39, of Hawhtorne, was arrested in March after authorities suspected him of helping smuggle narcotics past security checkpoints and conducted undercover operations, said Ciaran McEvoy, spokesman for the U.S. Attorney’s Office.

He pleaded guilty Friday to one count of attempted distribution of methamphetamine and was scheduled to be sentenced, Nov. 4, McEvoy said.

During those operations, Williams met twice with a drug source to retrieve what he thought was methamphetamine, McEvoy said.

Williams, who had unscreened access to the airport, agreed to take the drugs in a backpack through the TSA screening area, McEvoy said. He then delivered the fake drugs to an undercover agent, inside an airport men’s bathroom in Terminal 4, according to court documents.

On two occasions in January and August 2020, the undercover agent gave Williams $4,000 in cash inside a Lays potato chip bag after Williams gave the agent the fake drugs, once in a pillowcase and the second in a Chipotle food bag, according to court documents. Williams was then seen on LAX cameras exiting the restrooms while wearing his TSA uniform.

Federal agents began investigating a drug trafficking organization in August 2019, after learning that drugs were taken from Los Angeles to other areas of the country, including Louisville, Kentucky, according to court documents.

Federal agents arrested two people in connection with the organization after serving a search warrant in Kentucky and finding 60 pounds of methamphetamine in a shipping container, the documents said. One of the suspects cooperated with officials and helped set up the fake transactions. A search of the suspect’s cell phone led agents to Williams.

At sentencing, Williams faces between 10 years and life in federal prison, McEvoy said.