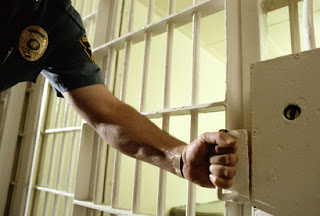 Modesto CA June 28 2017 A 33-year-old Modesto man on Monday was sentenced to eight years and nine months in federal prison for assaulting a security officer at a Social Security Administration office in downtown Fresno.

Matthew Faron Blair on October 14, 2014, went to the Fresno office to try to collect his Supplemental Security Income benefits, according to the U.S. Attorney’s Office in Sacramento.

Federal prosecutors said Blair became agitated when he was told his social security benefits had stopped but could be renewed by completing additional paperwork.

The security guard suffered injuries on his head and his mouth, which required medical treatment. Authorities have said Blair punched the security officer in the mouth and on the top of his head. Blair ran away but was captured in Stockton 12 days later.

When Blair was indicted in the assault case in December 2014, prosecutors said the defendant faced a maximum sentence of 20 years in prison and a $250,000 fine.